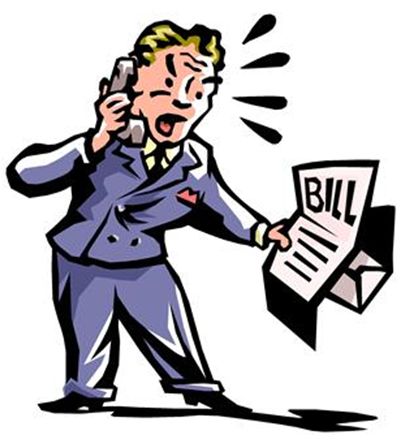 Despite best efforts to keep tabs on your wireless usage habits and keep that monthly bill within self-imposed limits, some of us continue to experience so-called ‘bill shock’, over and over again.

Thanks to a new online tool by The Federal Communications Commission (FCC) and an agreement between major wireless operators and The CTIA Wireless Association (CTIA), you can now get information about carriers’ billing policies.

It also lets one check out the state of each carrier’s implementation of free alerts related to one’s data, messaging, voice and international roaming usage.

So, is this going to suffice or are some of us going to continue getting bill shock’d each month?

Thanks to a pressure from lawmakers who began complaining about bill shock in 2010 and 2011, the nation’s wireless operators have pledged to do a better job.

According to an FCC press release, the industry is making good on its promise to provide free notifications so folks are alerted before they approach limits and incur fees. The participating carriers represent more than 97 percent of the nation’s wireless customers, FCC said.

The FCC code mandates that carriers implement at least two of the four alerts until October 17. All four notifications should be in place until April 17 of next year.

In agreeing to honor the code, the carriers have committed to provide two alerts to subscribers when they are about to incur overage charges: one when they approach, and another when they exceed plan allowances for voice, data and text. Alerts will also be sent when subscribers are about to incur additional international roaming charges after their devices have registered while traveling abroad.

All alerts must be provided without charge and automatically. Subscribers will not need to take any action to receive the alerts.

FCC’s online tool which went live yesterday lets you track the progress in providing the alerts by the carriers that have subscribed to the code, according to the latest information supplied by CTIA. 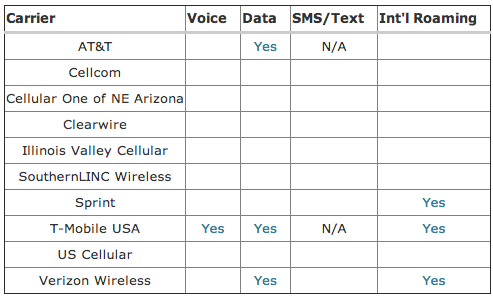 A recent FCC survey mentioned at their bill shock website has it that 30 million Americans, or approximately one in six mobile users, have experienced a sudden and unexpected increase in monthly bills that is not caused by a change in service plans.

True, many folks only have themselves to blame for not investing the time to examine the fine print and educate themselves about their service plans, roaming or data charges and other factors affecting their bill.

Carriers, of course, are guilty by definition as they’ve been doing everything they possibly can within limits of the law to bury important information and make it really hard for consumers to understand what exactly they’re committing themselves to when they sign on a dotted line.

One of the advices the FCC is offering on its website includes switching to a pre-paid plan which only lets you spend what you paid for, making it impossible to go over your set limit.

I’m a T-Mobile user who experienced bill shock on occasions more than one. When I take a look at my monthly bills for wireless services, those are by far above my comfort level and definitely not on par with the level of service I’m getting in return.

Come this October, when my contract with T-Mobile expires, I’m switching to a pre-paid plan, that’s for sure.

I do voice mostly over Skype these days and spend no more than 1GB of cellular data per month. I’m really fed up with paying for the radio frequencies, service fees, overcharge fees, activation fees, upgrade fees, early termination fees.

I suggest you consider the same. You’d be surprised with how much of a saving a pre-paid plan could be compared to your post-paid service. Of course, it all comes down to your usage habits. Post-paid plans are certainly better for folks who spend a lot of their cell phone time texting or talking.

What I’m saying is that for a certain subset of post-paid users, pre-paid plans cover their needs in a more cost-effective manner.

Pledging yourself to a lengthy contract just to pay less for the hardware is a bait, the one we’re unfortunately more than willing to bite.

What it really does is it comes to bite you later in the you-know-what.