The name Jonathan Mak Long may not mean much to you, but you’ve probably familiar with the above image he put together shortly after Steve Jobs passed on October 5 of last year.

Matter of fact, his recognition was so global that he surfaced on the radar of advertising agency Ogilvy China, which contracted him to design Coca Cola’s new social campaign…

20-year-old Mak, currently on an exchange program at the Cologne International School of Design in Germany, confirmed the news in a post over at his personal blog.

If you are in Shanghai, you may come across a poster I designed for Coca-Cola. The Chief Creative Officer of Ogilvy China got in touch with me, and offered me this amazing opportunity. I can’t thank them enough, and really hope we can keep doing work together in the future.

In case you were wondering, he was paid for the Coke ad, but wouldn’t disclose the amount. Take a look at Mak’s new design below, which is part of Coca Cola’s “Open Happiness” campaign. 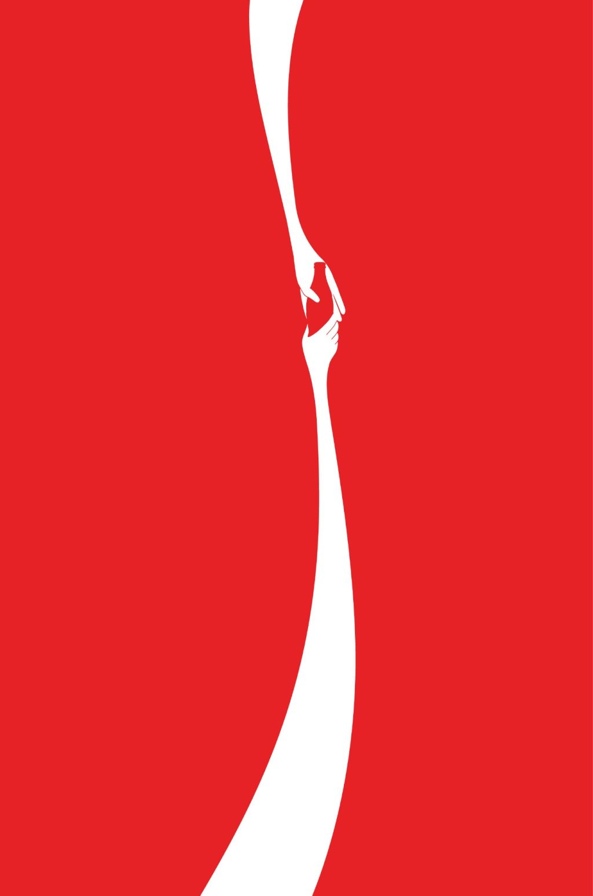 Mak was also featured in an AdAge article and got a nice quote by Stephen Drummond, director-content and creative excellence for Coca-Cola in Asia Pacific:

It’s got unusual, intriguing stopping power. Everyone’s responded with a sense of, ‘Wow, that’s a different, intriguing spin on something so iconic and so familiar.’ Just for that reason it engages people. Of course the message of connection and friendship with the brand at the center comes through very clearly.

As for the Steve Jobs logo that put him on the map, Mak said:

I enjoy making visual puns. … I don’t want to say it’s my style, but I do enjoy combining elements together to create a joke almost,” he said. “It captures people’s attention. These kinds of images are quite appropriate to advertising. It takes a second to get, and then there’s an ‘aha’ moment.

You can also check out a set of nice photos of passers-by posing with the ad on Ogilvy’s Flickr account.

I think it’s kinda cool that an innovative young designer gets such an awesome opportunity to jump start his career. Even if it weren’t for his Jobs tribute work, someone would most certainly discover and recognize Mak because the guy’s just talented.