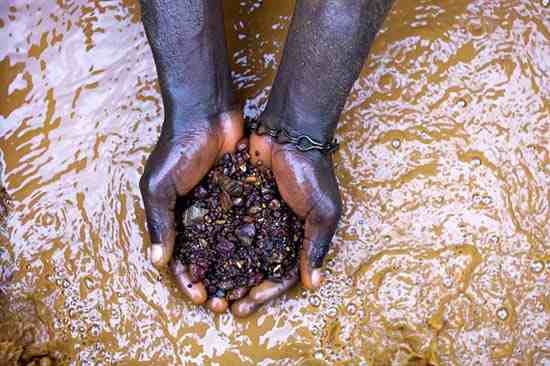 And even though Apple is doing what it possibly can to forgo toxic materials in iPad manufacturing, green technology requires a significant amount of difficult-to-mine elements.

And these green earth elements are yet another reason why Apple cannot pull out of China and move manufacturing to other countries.

True, some iPhones are being made in Brazil. The problem for Apple and other electronics makers is the fact that companies can only be exempt from China’s rare earth export quotas by manufacturing within the country…

Rare earths are hard to come by and demand is high. A Congressional Research Service report pegged worldwide demand for rare earths at 136,100 tons in 2010, with nearly half for magnets, glass and polishing.

According to a post over at the Motherboard blog:

There’s another important reason why Apple and other manufacturers have their heels stuck in Chinese mud. iPad manufacturing, like the manufacturing of other electronics, requires a significant amount of rare earth elements, the 17 difficult-to-mine elements used in all kinds of green technology. It’s hard to say exactly what rare earths are in an iPad, since Apple is really tight-lipped about their materials — no one can even get them to confirm what manufacturer makes their impact-resistant glass, though I suspect Asahi.

Today, an American electronics company can only be exempt from China’s rare earth export quotas by manufacturing within China. So that’s what most companies, including Apple, are doing. The only other solution is for us to stop consuming so much — an option that people rarely find appealing. Not as appealing as a retina display, at least.

China currently controls up to an astounding 97 percent of the world’s supply of rare earths. And because they tend to cut export quotas, which raises prices of rare earths, President Obama recently filed a complaint with the World Trade Organization about China’s rare earth practices.

Worse, electronic waste cannot be used as a source of recycled rare earths because these hard-to-come-by minerals come in very minute concentrations in electronic scrap and the technology just isn’t there to make it economically feasible for most recyclers.

To me, these findings are interesting on many levels.

Not only does the iPad contain harmful elements and rare earths, it’s also being manufactured in the 1.33 billion people country known as the world’s third-largest consumer of crude oil and the world’s top polluting country.

It doesn’t surprise me that China emits an estimated 6,018 million tons of greenhouse gases each year because its leaders have created a Catch 22 to force electronics makers to manufacture goods in the country.