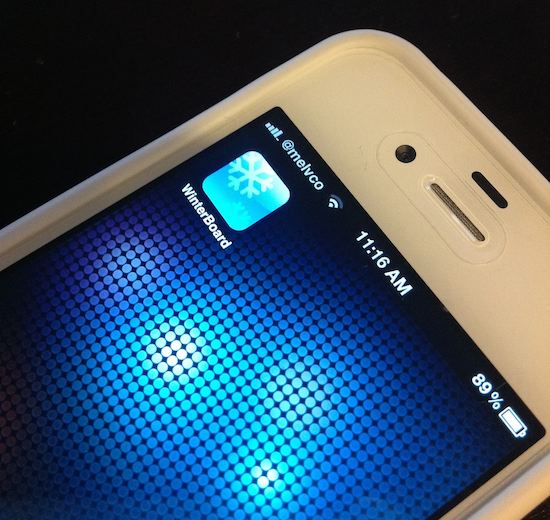 WinterBoard. It seems like just mentioning the name of the utility can send shivers down the spine of jailbreakers everywhere. In fact, a lot of folks won’t install a particular app or tweak of it requires installing the unpopular themer.

So what’s wrong with it? Speed, stability, you name it. WinterBoard has long been a scapegoat for jailbreak-related problems. But the utility may be worth a second look now, as it has just received a major update…

Saurik pushed out WinterBoard 0.9.3904 today and it features a host of bug fixes including:

As a minimalist, I don’t typically use WinterBoard. But the utility has been working great for me since I installed it and a handful of compatible tweaks and themes on my iPhone 4S this morning. And the word is it runs a lot better on A4 devices as well.

At any rate, if you want to revisit WinterBoard, you can find it in Cydia, in the default repo, for free.

Have you tried the new WinterBoard update? What do you think?