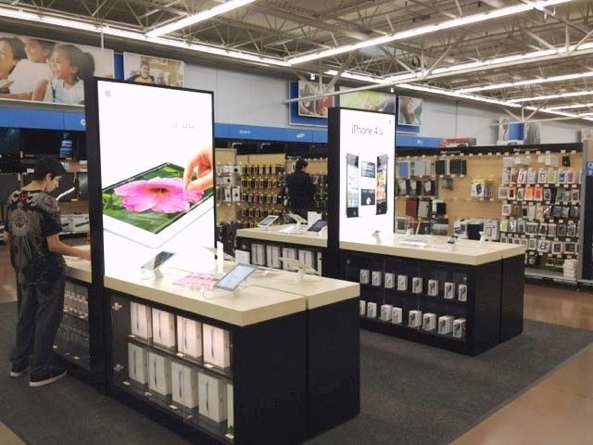 Walmart has been selling the new iPad in select stores since the device launched last month. They’ve also had other Apple products on offer for some time.

Realizing it leaves a lot to be desired, the world’s largest retailer is apparently ready to take the shopping experience for its demanding Apple customers to the next level.

Akin to a store-within-a-store idea seen at other retailers, the redesigned Apple section would suggest that the mega-retailer is keen on exploring Apple’s boutique store concept…

As you can see for yourself, the images reveal cleanly organized wooden tables adorned with tall double-sided backlit signs that advertise the new iPad, iPhone 4S and iPod touch to would-be buyers.

Accessory storage with security glass is found under each table. Product security is said to be more strict than in Apple’s own stores. 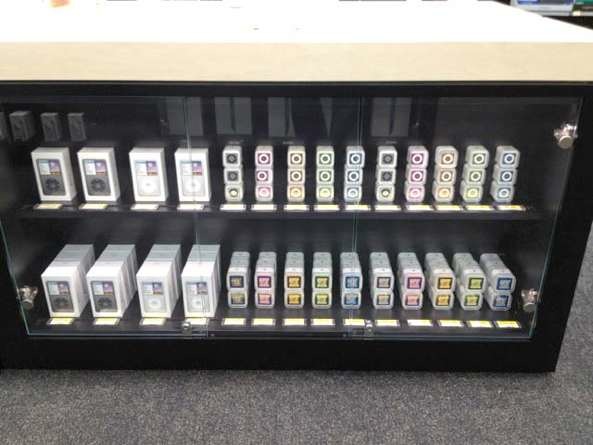 This redesigned section is probably a prototype, the publication explains, that the mass merchandisers could roll out to other outlets at a later stage.

The new displays could be the prototype for a rumored expansion of in-store Apple displays to Sam’s Club, the warehouse retailing division of Walmart

It’s interesting that Walmart chose to experiment with the new Apple store-within-a-store concept in the Lowell store, located just 20 minutes from their home office. 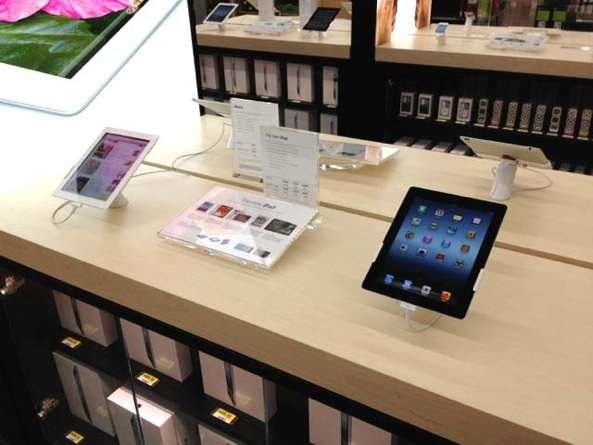 I’m pleasantly surprised that Walmart finally seems to be getting it. The store-within-a-store concept isn’t new. After all, Apple pioneered the boutique electronics store concept at CompUSA stores back in 1997.

We’ve come a long way since then and I’ve always been wondering why the world’s largest mass merchandiser had been slow to react to changes in shopping habits.

I’m thinking Walmart is on to something here.

On a somewhat related note, Walmart announced today that Google’s Vice President of Local, Maps and Location services Marissa A. Mayer has been nominated for the company’s Board of Directors (she is clearly “very excited” about the role).

How do you like the overhauled Apple displays inside Walmart’s Lowell outlet. The section does look kinda warm, friendly and inviting, doesn’t it?