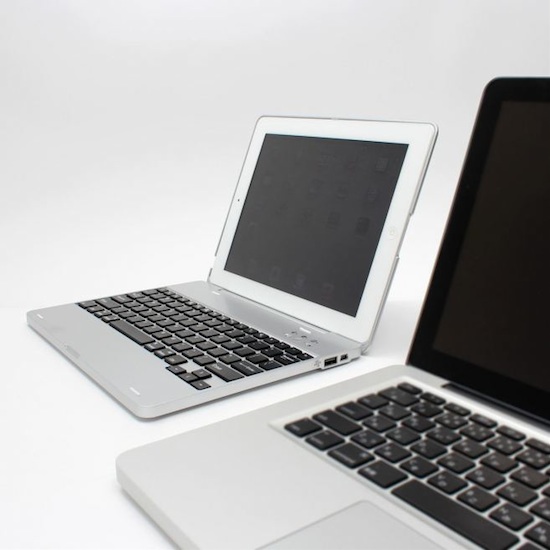 9to5Mac spotlights an interesting iPad accessory that appears to turn the popular tablet into a miniature MacBook Pro. The NoteBookCase houses your iPad in a clamshell-like case with an Apple-style keyboard.

Of course, there is no shortage of keyboard-packing iPad cases on the market — both Zagg and Kensington make some pretty popular models. But none of them pack near the amount of features as the NoteBookCase… 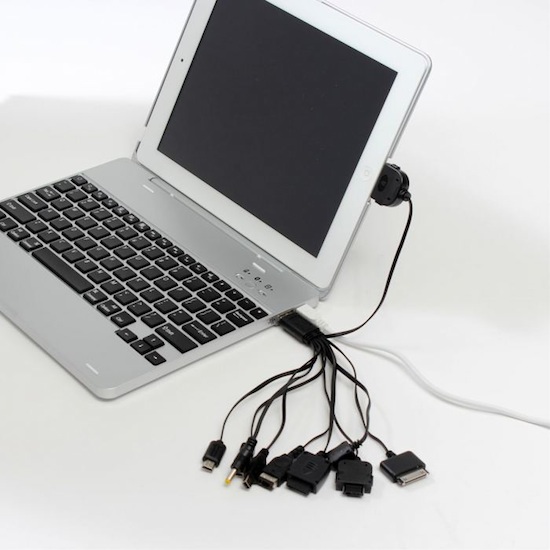 Aside from its keyboard, the case also features a Lithium-polymer battery — which can charge your iPad, and two USB ports. No, they aren’t for connecting peripherals to the tablet. But they can be used to charge other devices via the built-in battery.

As the site notes, the NoteBookCase is available through Rakuten, a Japanese retailer, for roughly $75. The case is made for the iPad 2, but given the small differences, there’s a good chance it works with Apple’s latest tablet.

What do you think about the NoteBookCase?