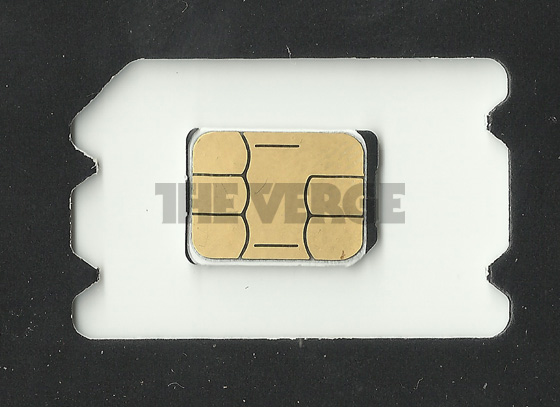 Handset maker Nokia is increasing pressure on Apple ahead of the European Telecommunications Standards Institute’s (ETSI) ruling on the emerging SIM card standard, due later this week. The latest in the ongoing power struggle includes Nokia issuing another statement accusing Apple for bending unwritten rules and misusing the standardization process “to rubber stamp its proposal”.

All that jazz for a smaller SIM card standard? Color me skeptical, but I’m questioning Nokia’s motive here. Is the other Nano SIM variant backed by Nokia, Motorola and RIM really so much better than Apple’s, which requires a tray (seen in the above shot)?

The full Nokia statement, obtained by The Verge, follows:

It has become clear that ETSI’s current work on the 4FF standard is in conflict with ETSI’s agreed rules, risking the adoption of a proposal which does not meet ETSI’s technical requirements and which would be inferior for consumers and the mobile industry, unnecessarily increasing the cost of mobile devices.

“We believe that Apple is mis-using the standardization process, seeking to impose its own proprietary solution on the industry and using ETSI merely to rubber stamp its proposal, rather than following established principles and practices,” said Henry Tirri, executive vice president and chief technology officer at Nokia. “We urge ETSI members to resist this behaviour, which is not in the best interests of the industry or, more importantly, of consumers.”

Nokia has actively contributed to telecommunications standardization for more than two decades. We believe that the overriding objective any standardization activity must be to collaboratively select the best technological solution, independent of individual commercial interests. It is imperative that the integrity of ETSI’s standardization process should be upheld, with pre-agreed requirements and selection criteria used to ensure fair selection of the best technology. The proposal from Nokia, RIM and Motorola meets all of ETSI’s pre-agreed requirements and more of its selection criteria and so should be selected on its technical merits.

Nokia’s objections to Apple’s proposal have never been related to intellectual property. However, as a result of the issues with the 4FF standardization work, Nokia is not willing to contribute its own IPR to the standard, if the Apple proposal is selected in violation of ETSI’s rules. Nokia holds more than 50 patent families covering SIM related technologies that we believe may be essential to Apple’s proposal. We have informed ETSI that, if Apple’s proposal is selected, then Nokia will not license its relevant patents to that standard.

This decision has no impact on Nokia’s existing commitments to license its standard essential patents under FRAND terms to earlier adopted ETSI standards.

In case you haven’t been following this drama unfolding since last week, Apple’s Nano SIM is essentially the Micro SIM found on the iPhone 4/4S, sans the plastic.

It still has the same length as the width of the Micro SIM and require a drawer of sorts, which Nokia says risks jamming if users tried to force it into devices, leading to card and product damage.

Nokia’s solution doesn’t require a tray so phones wouldn’t need to be re-engineered with this in mind.

Apple reportedly said yesterday it would license its Nano SIM variant to others on a royalty-free basis, in exchange for any Nano SIM-related patents held by other companies.

Nokia fired back, saying it is not aware of any such patents, though Patently Apple discovered that Apple’s just been granted an important win for a patent pertaining to a design that could include a tray to accommodate both a Nano SIM card and an Integrated Circuit Card.

Can we get rid of SIM cards altogether, please? Just let us pick a service on our phone and pay for it on the go.