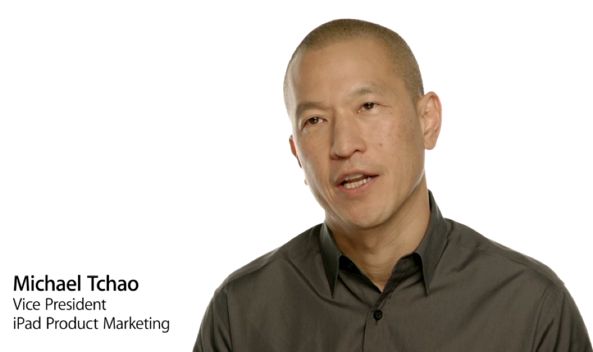 In what could be described as a timely (and prudent) move to prevent the perceived battery issues with the new iPad from getting overblown, California-based Apple has dispatched its vice president of iPad marketing Michael Tchao, who went on the record to indicate that overcharging your iOS device won’t harm its battery.

According to a statement provided to the AllThingsD blog, run by the Wall Street Journal network, this is by design and there’s nothing wrong with the iOS battery gauge. It says 100 percent just before your device reaches a completely charged state, continuing charging to 100 percent. Then, it discharges a bit and charges back up to 100 percent…

Apple CEO Tim Cook is running things differently than his predecessor, the late co-founder Steve Jobs. That said, it’s nonetheless indicative that Apple saw fit to go official on the matter through the mouth of its high-ranked executive.

Tchao told Ina Fried, the author of the AllThingsD post:

Apple does in fact display the iPad (and iPhone and iPod Touch) as 100 percent charged just before a device reaches a completely charged state. At that point, it will continue charging to 100 percent, then discharge a bit and charge back up to 100 percent, repeating that process until the device is unplugged. Doing so allows devices to maintain an optimum charge, Apple VP Michael Tchao told AllThingsD today. “That circuitry is designed so you can keep your device plugged in as long as you would like,” Tchao said. “It’s a great feature that’s always been in iOS.”

Prior to joining Apple in October of 2009, Michael Tchao served as general manager for Nike Techlab/Nike+. Of course, Apple now integrates Nike+ support in iPods.  Another conspicuous link: Apple CEO Tim Cook sits on the Nike board. Yesterday, Cook got photographed with fans inside Apple’s retail store in China, wearing a Nike LiveStrong jacket.

According to his LinkedIn profile, Tchao had also worked in various capacities at Apple between March 1986 – August 1994. Though not (yet) featured on Apple’s Leadership page, Tchao has gained prominence inside the company over the past twelve months, as indicated by his appearance in the iPad product video, seen below.

By the way, he’s got the perfect radio voice!

Tchao also highlighted some of the best iPad apps to the T3 magazine.

This brouhaha surrounding the new iPad battery got press time last week as Dr. Raymond Soneira discovered that Apple’s new tablet keeps charging for as much as an hour after the battery gauge hits the 100 percent mark.

People got concerned over subsequent news reports asserting that this might prove to be a flaw in iOS software that might affect all iOS devices, not just the third-generation iPad. Picking up blog reports, CNBC caused quite a stir with claims that Apple told them charging the device past the 100 percent mark “could harm the longevity of the battery”.

Strangely enough, the otherwise credible CNBC hasn’t provided a link proving this. Needles to say, Apple’s battery-related resources on the web make no mention of anything remotely dealing with battery damage due to excessive charging.

So far, people have observed that running graphics-intensive games, cranking up the screen brightness to 100 percent and straining the device’s battery in other ways adds up to longer charging times.

Hopefully, we can now put this behind us and keep charging our devices overnight, as before, without fear of damaging the battery.