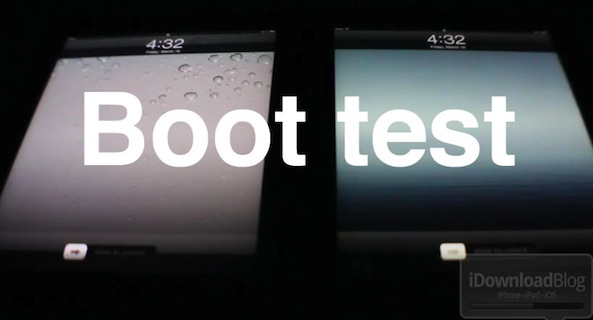 Which one boots up faster? The answer to this question is pretty obvious if you take into consideration that the new iPad has more technical resources at its disposal than its predecessor.

While the iPad 2 is certainly no slouch in the performance department, the new iPad — as expected — defeated it on boot up tests every time.

Check out our hands-on comparison inside….

It took about 5-6 additional seconds before the iPad 2 was able to catch up with its big brother. Granted, this isn’t a very scientific test, and the iPad 2 isn’t a fresh clean install, it still should give you a ballpark figure as to what to expect.