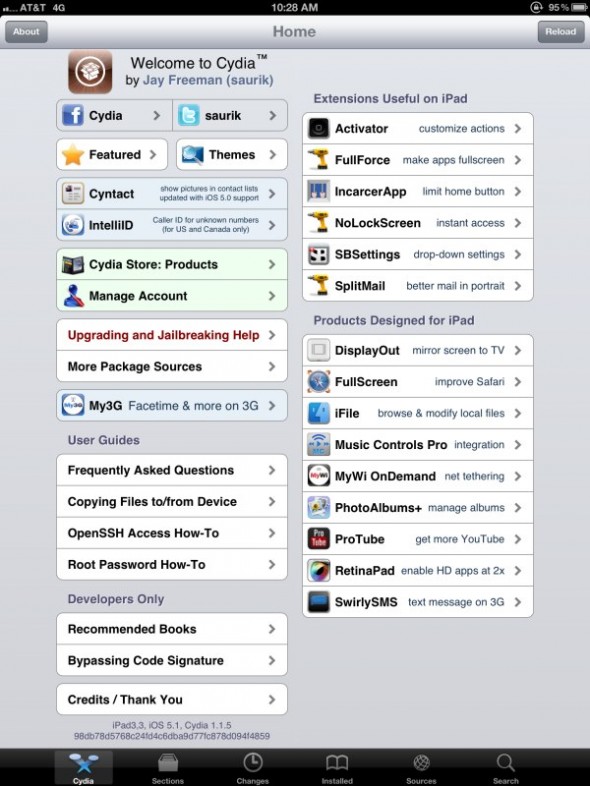 Well, that didn’t take long. The new iPad hasn’t even been on sale for a full 12 hours yet, and it’s already been jailbroken. We mentioned yesterday that Apple’s latest tablet might be susceptible to previous jailbreak methods. And it looks like we were right.

MuscleNerd, a trusted member of the Dev Team, just tweeted out pics of his late-generation iPad hacked, and running Cydia 1.1.5. It’s hard to see in the screenshot (above), but the software labels his device as an iPad 3,3, running iOS 5.1…

While this is great news for folks who just picked up Apple’s latest tablet, it certainly doesn’t mean that an iPad (3) jailbreak will be available to the public anytime soon. This is more of a proof of concept hack — meaning yes, it can be done.

Keep in mind that Comex showed off an iPad 2 jailbreak shortly after the slate was released last year, and it still ended up being a couple of months before it was available to the masses. So we’re not getting our hopes up just yet.