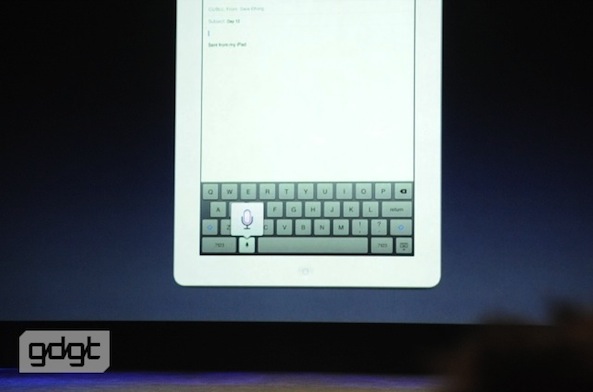 Still no word about Siri as I am typing this, but the new iPad sure is coming with dication support. Just like the iPhone 4S, it supports English, French, German, and of course now, Japanese.

It’s not been confirmed that this will come to previous iPad models as well, but I doubt it. Just like Siri for the iPhone 4S, dictation on the iPad will be one of those features that could technically be ported to older devices, but won’t for marketing reasons.