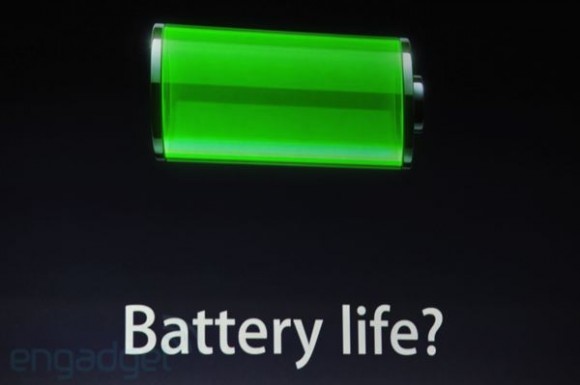 Something the iPad has always been able to claim is great battery life. Both the first and second generations of the tablet have had a 10 hour battery — meaning you could practically use the thing for 10 hours straight before it died.

But with the new iPad’s upgraded hardware, a lot of folks have wondered if it would be able to hold around that 10 hour mark. I mean, between a new Retina display, quad-core processor and 4G LTE, it can’t possibly maintain great battery life. Can it?

Yes. Apple has just announced that the new iPad will still last through 10 hours of continuous usage. And even more incredible — users will be able to browse for 9 hours when using LTE.

That’s huge when you think about it. LTE is a well-known battery-hog, and devices using the technology typically last less than 6 hours. Heck, companies have even admitted that they regret trading LTE for battery life in their handsets and tablets.

Well it looks like Apple cracked the code, to give users both.