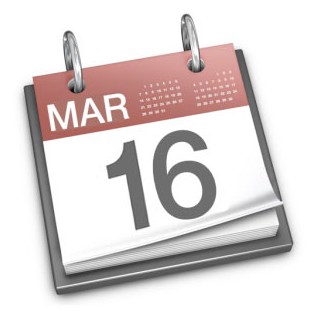 We’re just one day away from the big event and it things that new information is leaking by the minute. Yesterday, we heard from a reliable source that the iPad 3 might indeed be LTE capable. Today 9to5Mac reports on the availability of the iPad 3.

According to sources who have presumably be reliable in the past, 9to5Mac claims that the iPad 3 will be available in store on March 16, which falls on a Friday, a day that Apple has historically favored when launching new products…

We’ve been told by a Apple Store source who has been reliable in the past that preparations are being made for a big Apple Store event which will culminate on Friday, March 16th.  Naturally, this points to an iPad 3 launch on the Friday just nine days after tomorrow’s announcement.  We’ve previously noted that an Apple Store in London at the world famous Harrod’s will open on that date as well as a new Store in Houston, Texas.

Of course, until it is confirmed by Apple, these are just rumors. We’ll find out for sure tomorrow what the future holds for the iPad 3. In the meantime, make sure to read our post about what to expect from tomorrow’s iPad 3 event.