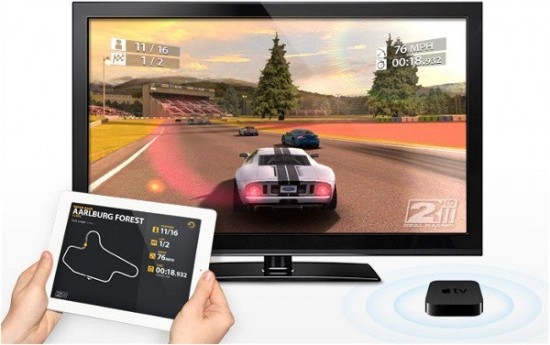 Now that we know for sure that Apple is hosting a media event next week, it’s time to start predicting what the company will unveil. The event invitations all but confirm that a new iPad will be present, but will we see another new product?

9to5Mac seems to think so. The site is reporting that it has learned that on top of three new iPad models, Apple will be launching a new Apple TV next month…

“Reliable sources with Apple’s upcoming product release have said that the company is in fact launching a new Apple TV alongside the next-generation iPad. We initially reported that Apple would be releasing two major products in early March, and then believed the product would be a new Apple TV due to mounting code-based evidence for such a product with simultaneous supply constraints. Now, sources have outright said Apple is launching the J33 (the new Apple TV’s codename) alongside the new iPad.”

To be clear, the Apple TV referred to in this report is a new iteration of Apple’s popular set top box, not the so-called “iTV” that we’ve been hearing about for several months. The third generation ATV is expected to feature a number of upgraded components, including a faster process and Bluetooth 4.0 technology.

The possibilities of a high-powered Apple TV are endless, including streaming full 1080p content and running full-screen apps and games. There have also been rumors that the new ATV would have a built-in camera, for making FaceTime calls.

As far as the iPad goes, 9to5Mac is claiming that there will be at least three new models: a Wi-Fi only version, and two models with built-in cellular radios. The site is also hearing whispers of a new “mystery accessory,” launching alongside the other products that could be anything from an iPad-keyboard case to a new audio remote. We know Apple loves making accessories, so it’ll be interesting to see what that turns out to be.

Given 9to5Mac’s history, and the fact that the Apple TV is long overdue for an upgrade, we have no reason to think that this report is off. But at least we won’t have to wait very long to find out — the media event is now just a week away.

What features would the new Apple TV have to have for you to pick one up?