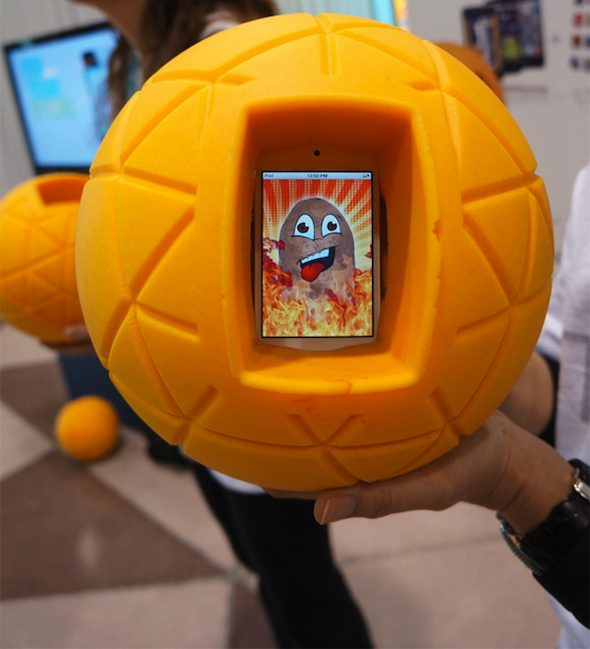 We’ve seen a number of accessories aimed at iOS gamers hit the market over the last 12 months. But they’ve all been game controllers, in one form or another. We’ve never seen anything like this before.

Introducing Physical Apps’ new iPhone and iPod touch accessory, TheO. The soft-foam ball, which features a cushioned slot at its core that holds a wide range of devices, promises to take iOS gaming to the next level…

The best way to look at TheO is like a Wii accessory. The ball wirelessly pairs with your iOS device, for games, and your TV set, so everyone can get in on the action. Still confused on how this thing works? Watch this video demo.

We’re not sure the foam ball is anywhere near ‘game changing,’ but we like the idea. With technology like AirPlay and AirPlay Mirroring, there’s tons of room for innovation in the iOS gaming space. Hopefully other developers are taking note.

For those wondering, TheO isn’t on the market yet. But the folks at Physical Apps expect it become available sometime later this year.

What do you think of TheO?