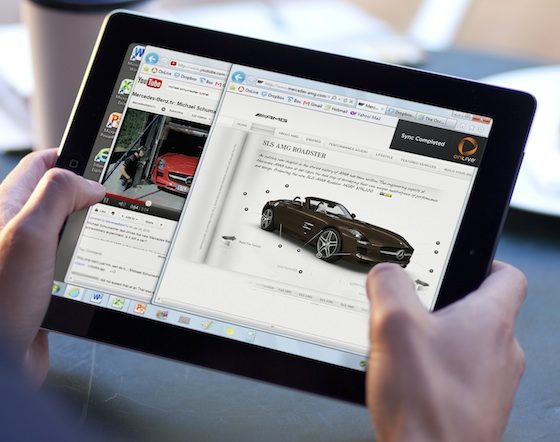 Tonight, the OnLive crew has announced a new premium version of the app, called OnLive Desktop Plus, that brings Adobe’s Flash technology to the iPad…

Apple has always resented Flash, leaving it out of both of its iPhone and iPad since conception. There is always a work around by using apps like VNC to view your desktop to access Flash, but since OnLive Desktop Plus is beaming Windows 7 from a server, they’re able to bring Flash on the iPad without using a desktop intermediary.

OnLive’s founder Steve Perlman was the founder of Quicktime at Apple. Perlman told Wired he agreed with Apple’s move not to use Flash on their mobile products, but he said, “when you can run [Flash] on a full-powered computer, that equation is very different.”

Perlman told Wired that OnLive’s browser is “the fastest mobile browser ever.”

As MacRumors points out, OnLive does have a small lag, so interacting with flash-based games is difficult. However, the publication said viewing flash-based video works fine.

Free and Plus users get 2 GB in total storage on OnLive’s servers. The company says they’re rolling out a Pro tier soon that will bring 50GB of storage for $9.99.

Will you be purchasing OnLive Desktop Plus?