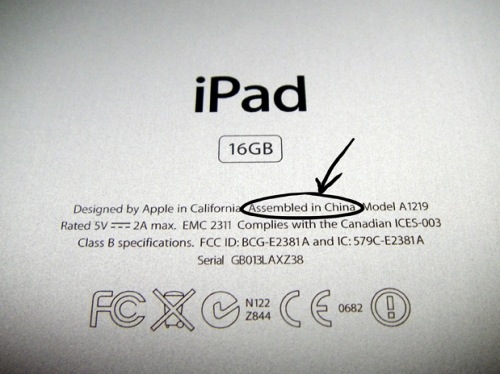 Apple’s latest legal hiccup, this time with display maker Proview, looked set to escalate into all-out war when the plaintiff suggested a ban on the importing and exporting of iPads in China. The latest on the situation may serve to calm fears in Cupertino however, with the news that such a move may not be easy to execute according to Reuters.

A full ban on the iPad would obviously prove disastrous for Apple, with the device being manufactured in China. A ban on exporting the tablet would effectively shut iPad sales down across the globe.

Thankfully for us, though not so much for Proview, Chinese customs authorities are erring on the side of caution, suggesting that a ban may be too difficult to enforce due to Apple’s huge popularity…

“The customs have told us that it will be difficult to implement a ban because many Chinese consumers love Apple products. The sheer size of the market is very big,” Yang Long-san, chief of Proview Technology (Shenzhen), told Reuters in a telephone interview on Wednesday.”

Any move to block the iPad would obviously also have a negative impact on Foxconn, the company which makes Apple’s hardware. This will no doubt also be a factor in whether a ban comes to fruition, though it is becoming increasingly unlikely.

The issue over the iPad trademark revolves around Proview’s claim that Apple does not own the Chinese mark for the name, whereas Apple obviously disagrees.