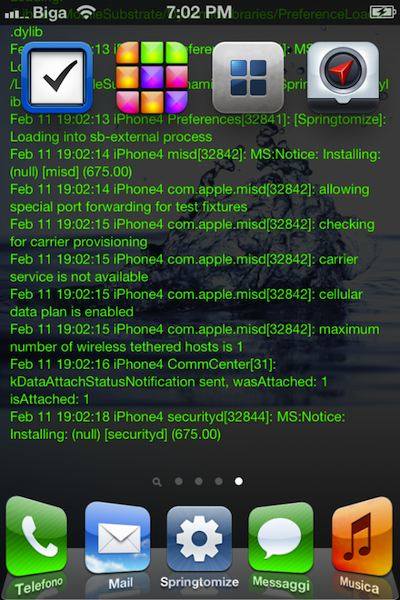 The new tweak turns your device’s wallpaper into an active console log, giving you a glimpse into some of the things that happen behind the scenes in iOS…

Even though you can’t see it, thousands of lines of code are constantly executing in iOS underneath its pretty user interface. WallpaperLog will allow you to see a small portion of that code — mostly low level events — in a live scrolling wallpaper.

We’re not sure how it works exactly, but the folks over at OSXDaily believe that the tweak actively scrolls through the /private/var/log/system.log file.

WallpaperLog certainly isn’t a high-profile, must-have tweak. But we have to admit it looks pretty cool. Filippo says it will be free, and should be available in Cydia shortly. We’ll let you know once it goes live.

What do you think of WallpaperLog?