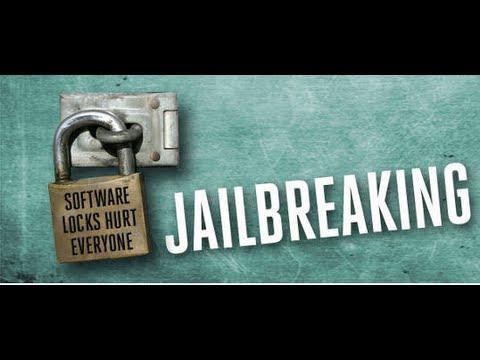 Last month, we told you about the danger of jailbreaking becoming a “legal violation” again this year. Two years ago, the US government ruled that the act of jailbreaking was legal. But that ruling could expire this year if it isn’t renewed.

Leading the fight to keep jailbreaking legal is the EFF (Electronic Frontier Foundation). And Gizmodo recently had a chance to sit down and talk with one of the foundation’s staff lawyers, Mitch Stolz, about the whole matter…

“Why is the debate over the legality of jailbreaking suddenly in the news again?

The Digital Millennium Copyright Act has an exemptions process. The Library of Congress every three years makes exemptions to the law. Those have to be renewed, so we’re coming up on the next cycle. In the last cycle, the EFF asked for an exemption that you can jailbreak a smartphone that you own, to run your own software on it, so that wouldn’t be a violation of the Digital Millennium Copyright Act, section 1201.

Is this a tricky area in terms of interpreting the Digital Millennium Copyright Act?

It’s not clear at all. What is clear is that device manufacturers have used the DMCA specifically to enforce incompatibility with third-party products. Sometimes the courts have allowed that and sometimes they haven’t. In those cases it’s used as a way to shut out competition.

The ultime question here, then, is what kind of rights, if any, do the hardware manufacturers have over the hardware once it’s sold to you?

That’s a big question. They can have rights that come from contracts. Say you buy a smartphone from a carrier that says what you can and can’t do with the phone. I don’t know if you want me to get into whether those sort of rights are a good thing or not, but if you look at the issue at hand it is exactly that. It gets into the rights of a hardware manufacturer and the owner of a piece of hardware, which are sort of negative rights. They aren’t stated necessarily in the law, but they’re things we all understand. We see comments that people have posted to the Copyright Office in support of our requests on jailbreaking, and over and over the analogy that they’re making is to a car — that to prevent jailbreaking is like welding the hood shut on a car to legally prevent you from modifying a car that you own and that just strikes a lot of people as absurd.”

If you haven’t left a comment on the Copyright Office’s comment board, we encourage you to do so. Remember to note that you are in favor of jailbreaking smartphones and tablets (the EFF is also fight for jailbreaking game consoles), and state why you think the act of jailbreaking should remain legal.

The comment board closes February 10th, and hearings for the proposed DMCA exemptions are expected to start sometime this Spring. We’ll keep you updated on the EFF’s progress.