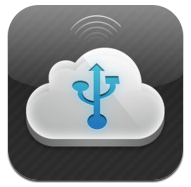 This is not the first time a tethering app passes Apple approval process to make its way to the App Store.

A couple months ago we told you about iTether, an app that brought tethering to the iPhone without even bothering hiding its true feature. At the time, iTether was so obvious that we really wondered how this app had made it through the app approval process. It got pulled shortly after, but a few early buyers were able to get their hands on the app and tether their iPhones for free.

Today, a new app managed to fool Apple’s team of app reviewers by camouflaging the tethering feature under an app that looks completely legit…

This new app is called QuasiDisk. Disguised as a file manager, the application actually hides a tethering feature that allows you to share the data connection of your iPhone with your laptop.

As you can see on this video, the steps aren’t as easy as you would want them to be. But if you’re in for a cheap way to tether your iPhone without jailbreaking, this will be your best option right now.

Of course, if you’re already jailbroken, we suggest you pitch in a few more bucks and go with TetherMe or MyWi.

QuasiDisk is available from the App Store for $1.99. If you’re interested, get it while you can because it won’t be there for long.

UPDATE: It’s now been pulled from the App Store. No surprise here.