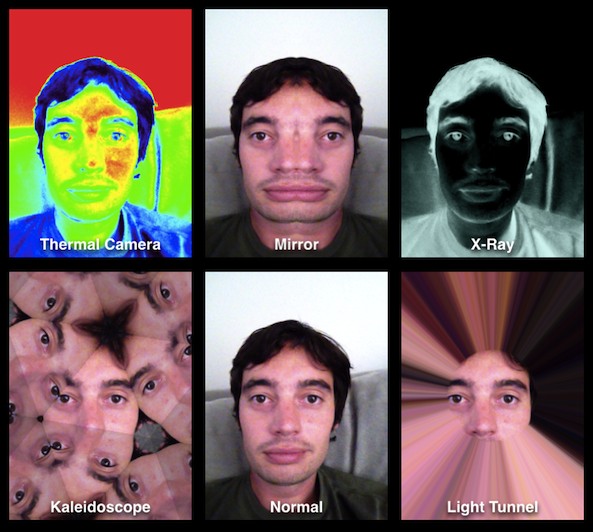 When Apple released the iPad 2 last year, the company boasted its new dual-core processor and front and rear-facing cameras. These improvements to the iPad 2 meant that App Store developers could release more elaborate and intensive applications for the tablet. Apple also took advantage of the opportunity themselves by launching a native Photo Booth application for the iPad 2.

Despite having nearly the same specifications as the iPad 2, including a dual-core processor and higher megapixel cameras, Apple chose not to include an iPhone version of Photo Booth on the iPhone 4S. But, that’s all about to change…

iOS hacker @appled3v has posted a video of Apple’s official Photo Booth app ported onto his jailbroken iPhone 4S, albeit half completed. Photo Booth, which originally debuted on Mac several years ago, allows for you to take pictures with your device’s camera and apply photographic filters and effects to them.

Although he has been successful in porting Photo Booth to iPhone 4S, the user behind the project admits that he still has some work left to do. The app currently only works with the front-facing camera on the iPhone 4S, but support for the rear-facing camera should be added at some point soon. Additionally, speaking with iDownloadBlog, the maker of this port suggested that it currently lacks most of the photo effects found in Photo Booth for iPad 2:

Nonetheless, this is significant progress that has been made and @appled3v should be commended for his efforts. Best of all, this port might also make its way to the iPhone 4 once it’s completed. We’re looking forward to the finished result. Aren’t you?