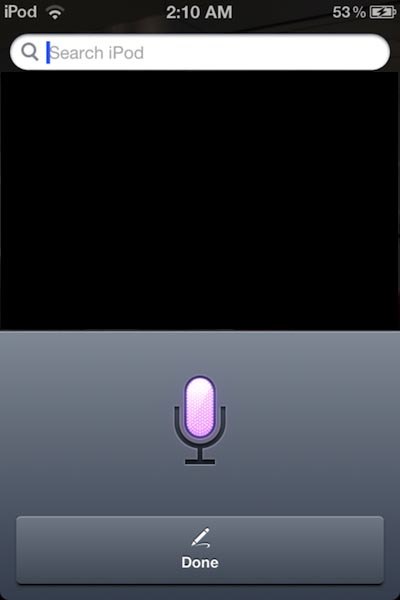 This is kind of interesting. After all of the attempts we’ve seen by developers to try and port Siri to non-Apple-supported devices, it appears this guy did it by simply restoring his iPod touch from an iPhone 4S profile.

How’d it happen? Well as Gordon tells it, he recently purchased a late-model white iPod touch. And instead of setting it up as a new device, he decided to restore it from an iCloud backup made from his iPhone 4S…

When the restore was complete, the entire Siri interface had been installed. And although he hasn’t gotten the assistant to connect with Apple’s servers yet, he claims that the Dictation component works flawlessly. Interesting.

Want to see it in action? Cult of Mac contributor Michael Steeber has uploaded a video of the purported iPod touch, with Siri running. The device has been jailbroken, but there doesn’t appear to be any Siri-related tweaks installed.

It’s important to note, before you go trying this on your own, that restoring a device from another’s backups is pretty risky.

We’re still a bit skeptical about the whole thing, but we have to admit, it is intriguing.