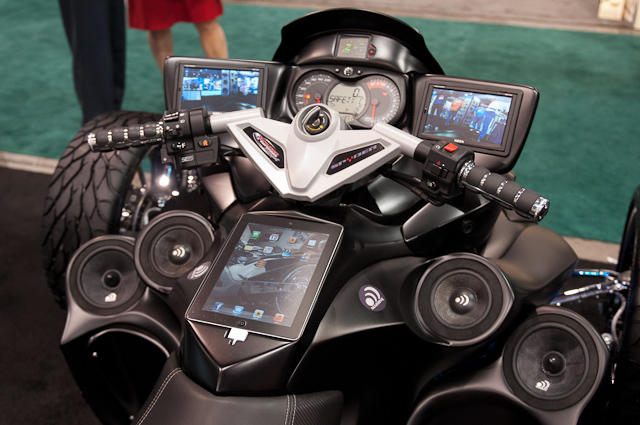 All kinds of weird and wonderful things pop up at CES, and this year’s event was no different. Possibly the most off-the-wall thing we’ve come across has to be this custom bike, put together by Mark Abate.

If Batman had a bike made that featured an iPad and two LCD panels where the mirrors used to be, then we are fairly certain this is what it would look like! If neon lights and huge speakers aren’t enough to get your juices flowing, just look at the size of those tires… 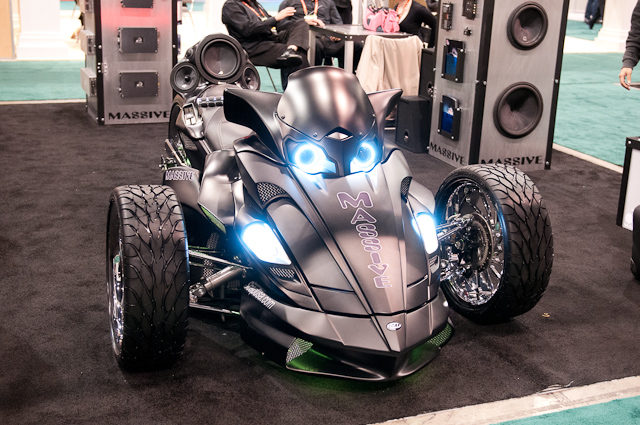 According to Cult of Mac, Abate wasn’t willing to put a price on the bat-bike’s head, preferring to say that it was not for sale. As is the case with most things in this world though, we are sure it could be bought at the right price. We’re just not sure we could afford it!

The bike was originally a 2010 Can-Am Spyder trike before Abate and his team set about giving it a Gotham-inspired makeover. The iPad you see in the photo can control the two LCD screens as well as the huge speakers attached to the bike both front and back.

C’mon, you know you want one!