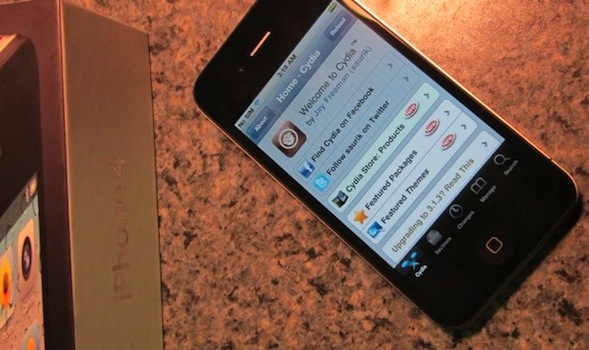 In collaboration with pod2g, both the Dev Team and the Chronic Dev Team released untether exploits for iOS 5.0.1 at the end of last year. The release was great news for A4 device owners, but left iPad 2 and iPhone 4S users in the dark.

However, as most of you know, pod2g is currently hard at work on a full jailbreak for A5 devices. And with the help of some of the jailbreak community’s biggest names, it looks like the infamous iOS hacker is making some real progress…

We’ve heard a lot of information over the last week or so regarding the status of the iPad 2/iPhone 4S jailbreak, so we figured a little recap was in order.

For starters, the iPhone 4S has never been jailbroken. Well, technically the device has been jailbroken, but there just hasn’t been a legal, stable method of doing so available to the masses. And the last time the iPad 2 had an untethered jailbreak was comex’s JailbreakMe 3.0 exploit for iOS 4.3.3.

So where are we at on these two devices? Well, an iPad 2 jailbreak exists, but there are some caveats. First, it’s tethered, so that means that you have to be connected to a computer every time you restart. Second, a developer account is required to inject the exploit. And the same goes for the aforementioned iPhone 4S jailbreak. So you can see why these aren’t available to the public yet.

But there is light at the end of the tunnel. After about a week or so of incremental updates, a major breakthrough occurred last Friday. Pod2g announced that he had enlisted the help of some of the brightest minds in jailbreaking, including Dev Team front-man MuscleNerd, and Chronic Dev Team member p0sixninja. The self-proclaimed “Dream Team” has the experience of several jailbreaks between them, and are all now involved in the A5 project.

We don’t know how long it will be before the group releases an iPad 2/iPhone 4S jailbreak, but we’re thinking it’ll be sooner rather than later. In the meantime, make sure your devices are on iOS 5.0.1, and stay tuned to iDB for the latest in jailbreak news.