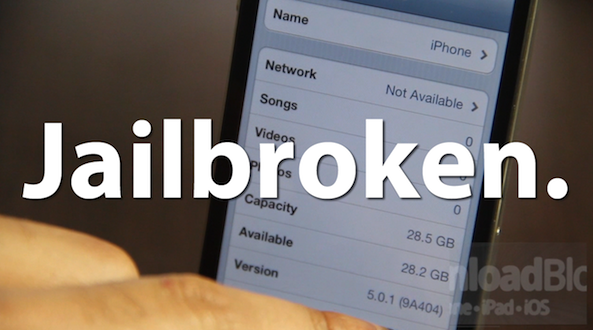 It’s a busy and exciting time for the jailbreak community. In the last couple of weeks we’ve seen the iOS 5.0.1 untethered jailbreak for A4-based devices go live in the form of RedSn0w, PwnageTool, and The Chronic Dev Team’s Corona tool. Moments ago we announced that the security expert known as pod2g expects to drop the untethered jailbreak for iPhone 4S and iPad 2 users next week.

Now is the time to update to Apple’s latest firmware, iOS 5.0.1. Even if you rely on an UltraSn0w unlock, you should update as soon as possible before it’s too late to get the untethered jailbreak on 5.0.1.

Everyone should upgrade their devices to 5.0.1 (except unlockers) now while they still have a chance!!!

Joshua Hill, a.k.a. p0sixninja, is the frontman for the Chronic Dev Team. Hill recently tweeted a reminder that jailbreakers should update to iOS 5.0.1 before Apple releases another update and stops signing 5.0.1. Hill has also confirmed to iDB that the upcoming A5 untether for the iPhone 4S should work on both versions of 5.0.1, so 4S owners on the first version don’t need to worry about updating to 5.0.1 again to have the most recent build.

In case you forgot, Apple recently stepped up its game with the way it handles iOS updates, thereby making it more difficult for jailbreakers to jump on the bandwagon when a new firmware is seeded in iTunes.

iPhone 4 and 3GS unlockers should be cautious of updating their firmware in this situation. PwnageTool will actually allow you to upgrade to iOS 5.0.1 and preserve your baseband, so feel free to update with that Mac-only tool to save your baseband and get the latest untethered jailbreak while you still can.

If you’ve been holding out on updating to the latest version of iOS 5, there’s really no reason to not take the plunge now. With tools like iFaith and TinyUmbrella, you can always save your iOS device’s SHSH blobs and downgrade to a previous firmware when Apple closes the signing window. It would be especially wise for iPhone 4S and iPad 2 owners to save their SHSH blobs right now and update to iOS 5.0.1.

As long as your blobs are saved and you’re on iOS 5.0.1, you’ll be ready for the A5 untethered jailbreak when it drops. You won’t be hindered by a new iOS update, and you’ll stay one step ahead in the infamous cat-and-mouse game between Apple and jailbreakers.