With an iPad 3 announcement expected sometime within the next two months, we’ve seen an increase in gossip surrounding the tablet. Will it feature better cameras, a retina display, a faster processor, or all three?

Well it seems that evidence of the latter has just been uncovered in the latest version of iOS. The folks over at 9to5Mac are reporting that they’ve uncovered A6 quad-core processor references in the beta release of iOS 5.1… 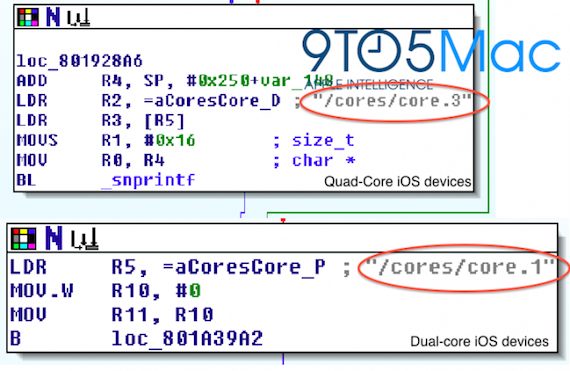 …Apple leaving references to quad-core chips in the iOS 5.1 beta is notable because iOS 5.1 is the software currently being tested against the third-generation iPad. In addition, as we previously revealed, Apple is currently testing an unreleased “iPhone 5,1″ against the iOS 5.1-beta software.”

An iPad 3 with a Retina display, a quad-core processor and an 8MP camera? All that is missing now is LTE.

As it sits, what do you think of Apple’s upcoming tablet?