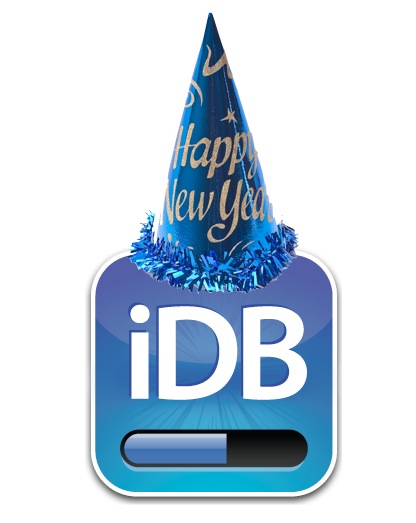 It’s 2012, and the iDB team would like to wish you, the reader, a wonderful and very happy New Year! It’s been a great year, and we couldn’t be more excited about what 2012 has in store. We couldn’t do any of this without your support.

Apple introduced several new products in 2011, including the iPad 2 and iPhone 4S, and covering everything has been very exciting for all of us. iDB underwent some major changes in 2011 as well, and things are only looking better in 2012…

Besides all of the internal and site improvements that were made to iDB in 2011, we added two regular writers to the team: Oliver and Zech. They’ve brought a great dynamic to the site, and we’re thrilled to have them both on board for 2012.

The most major change for iDB was rebranding the site to “iDownloadBlog” in July. We were so pleased to receive acceptance from our readers over the name change, and we’ve enjoyed widening our scope to cover more iPad and Apple TV news.

So, what’s planned for 2012? Well, we are pleased to announce that 2012 is the year of the official iDownloadBlog app. We’ve had a web app for a long time, but we’re looking to create a native iOS app for our readers to enjoy. We’ll keep you updated as that develops.

Again, we want to thank you all for your faithful support. Whether you’ve been following the site for years, or you just stumbled across iDB last month, we want to say that we appreciate you. We hope you stick around.