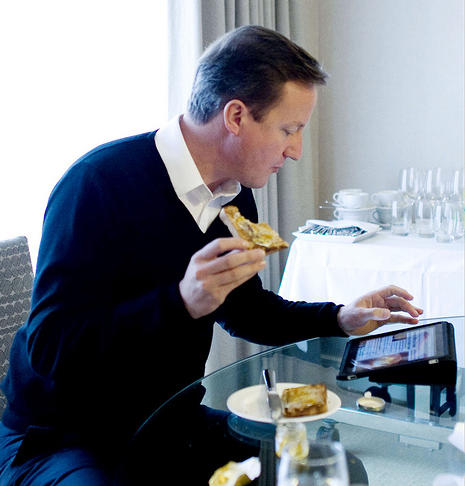 We knew the iPad was making its way into governments around the world, but we had no idea to what extent. The Telegraph is reporting that the British Prime Minister is having a customized iPad app built for government use.

No, Apple’s tablet isn’t going to help David Cameron run his country. But it is going to enable him to stay on top of news and other important information. Think Flipboard, but with a lot more classified information…

According to the report, members of Cameron’s Cabinet Office are in the process of developing an iPad app that will provide real-time access to NHS waiting-list figures, employment numbers, and real-time social network data.

Not only will the software be a source for news and current events, but it will also allow Cameron to view real-time citizen feedback. That way he can gauge the public’s reaction to country crisis and other major happenings.

The iPad app is expected to be available for Cameron’s use by March of next year. If it turns out to be successful, we could see similar applications popping up on leader’s iPads all over the globe — if they aren’t already.

What do you think of David Cameron’s iPad app? Good idea?