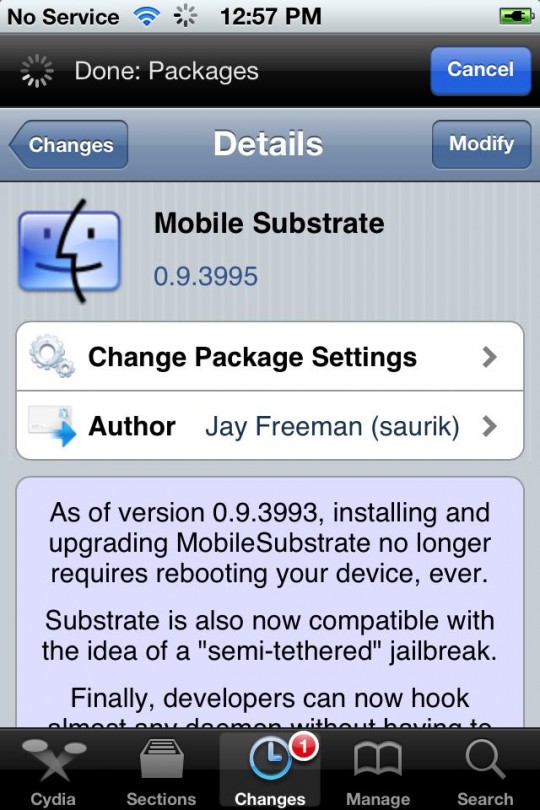 Jay Freeman (known as saurik) has pushed an update for MobileSubstrate that addresses the crashing of jailbreak tweaks from Cydia on the iOS 5.0.1 untether. Coincidentally, RedSn0w was updated this morning with a fix for MobileSubstrate crash errors as well.

Users that are jailbroken on iOS 5.0.1 can install version 0.9.3955 of MobileSubstrate now in Cydia to fix tweak crashes. Another huge perk is that MobileSubstrate no longer requires that you reboot iOS every time you install or upgrade the package.

Long-time jailbreakers know the pain of having to reboot your iOS device every time MobileSubstrate installs or upgrades itself. That is no longer the case thanks to this new version.

Users have reported that certain Cydia packages crash on the iOS 5.0.1 untethered jailbreak, so this MobileSubstrate update should fix the issue. Saurik has also noted that Substrate is now compatible with the idea of a “semi-tethered” jailbreak, indicating the possibility of an easier jailbreaking process in the future.