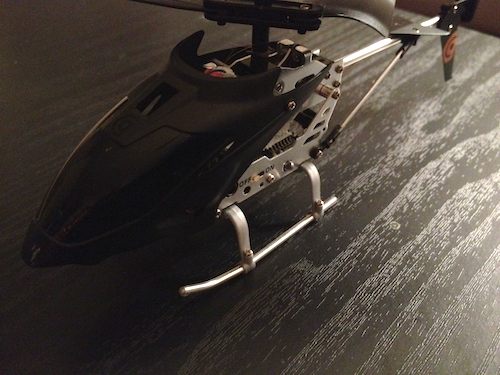 The market for iOS-controlled vehicles has become rather crowded over the last 12 months. We’ve seen everything from robots to helicopters and everything in between. But most of these remote control devices are usually too pricey to go mainstream.

Griffin’s Helo TC  breaks that mold by being one of the first iOS RC vehicles under $50. And although it has been available for a few months now, I just recently got my hands on one.

Before we get started, it’s worth noting that my prior experience with RC helicopters is fairly limited. I’ve only owned a handful of low-end models, each of which failed to impress. So without further adieu, here’s the review: 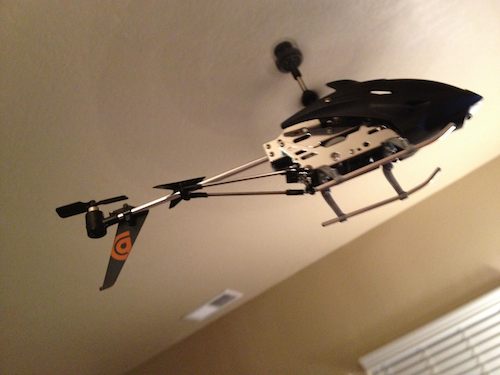 If you haven’t seen or heard of the Helo TC before, let me give you a quick rundown. It’s a remote control helicopter with a control module that latches onto your iPhone or iPod touch. The module connects to your device through the headphone jack, and interfaces with an iOS application that allows you to use the device to fly the Helo.

The Helo TC is surprisingly well-made for a sub-$50 helicopter. It looks sharp with its metal chassis and blacked-out cockpit, and it’s surprisingly durable. I’ve probably crashed it at least 100 times over the past week into a number of surfaces, including tile and concrete, and have yet to have to do any repair work (knock on wood).

You probably couldn’t tell this by the previous paragraph, but flying the Helo TC is about as easy as it gets (if not easier). The accompanying iOS app allows you to steer with either touchscreen controls, or by using the device’s accelerometer. I haven’t been able to get the hang of the motion-based flying yet, but I have learned to fly the Helo reasonably well with the on-screen joysticks. 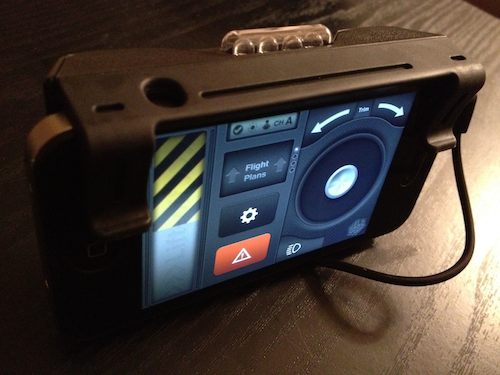 There’s really only two things I would change about Griffin’s helicopter (well there’s more, but we are talking about a low-end product here). The first would be its line-of-sight limitation. Because Helo’s case, which Griffin calls the Flight Deck, uses infrared signals to control the helicopter, it has to have line of sight with the vehicle at all times to keep flying.

The second thing I would change would be its battery life. The Helo TC’s 180mAh battery takes a little over an hour to fully charge, and I typically don’t get more than 10 minutes of flight time out of it (if that). Needless to say this can get a bit annoying as you start to really get into flying.

Other than the aforementioned caveats, the Helo TC is a great little helicopter. It’s a blast to fly, and its control app has several features I’ve neglected to mention, including an auto-land button and the ability to record flight paths for future playback.

I’d happily recommend this to novice RC users, or anyone else who thinks they’d get a kick out of flying a helicopter with their iPhone. Griffin sells the Helo TC for $49.99 on its website, but you can find it elsewhere on the web for about $10 cheaper.