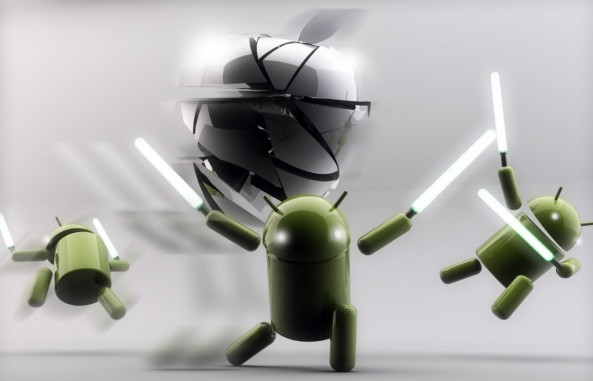 Most jailbreakers will recognize the hacker known as chpwn. Grant Paul is responsible for many of the most popular iOS jailbreak tweaks in Cydia, including Infinidock and Gridlock. He also helps manage sites like JailbreakQA and works on jailbreaks with the Dev Team.

Grant has started a new blog called “ICS Paper Cuts.” His site is dedicated to critiquing the Android platform, particularly the recent 4.0 version, Ice Cream Sandwich. Needless to say, he’s been dealing with plenty of hate for his critiques of the operating system’s design and usability.

You can head over to ICS Paper Cuts and read his critiques. The site is filled with plenty of screenshot illustrations.

While most of Grant’s complaints are warranted, many Android fans have called him out. Android Central’s Jerry Hildenbrand wrote a rebuttal post to ICS Paper Cuts saying that “it’s crap and you must agree.” Jerry says:

Everyone is allowed to (and should) have an opinion, and lord knows I don’t expect everyone to agree with mine, but to present anything that’s a writers opinion and come off like it’s factual just feels wrong.  There are a lot of people who think some of the changes Google made in Ice Cream Sandwich aren’t for the better, even some of us here at Android Central.  Everyone has his or her own tastes, and the whole UI/UX culture is all based on individual user’s likes and dislikes. To put it bluntly, I don’t have to like the same layout, fonts, or buttons as anyone else, and I’m not wrong if I don’t. And that’s one of the great things about Android.

Instead of getting into the fact that Jerry just said the ‘great thing’ about Android is that people don’t have to like it, we’ll move on. Grant has actually responded to Jerry’s post with clarification and more points of argument. We highly encourage you to read it here.

We realize that iDB has posted plenty of ‘Android is better than iOS’ stories in the past, and we’re obviously biased towards Apple’s platform. But for what it’s worth, Android Ice Cream Sandwich actually looks pretty good. The UI isn’t as consistent as iOS, and there’s some technical jargon that shouldn’t be in a consumer operating system, but it’s a good step forward for the Android platform. 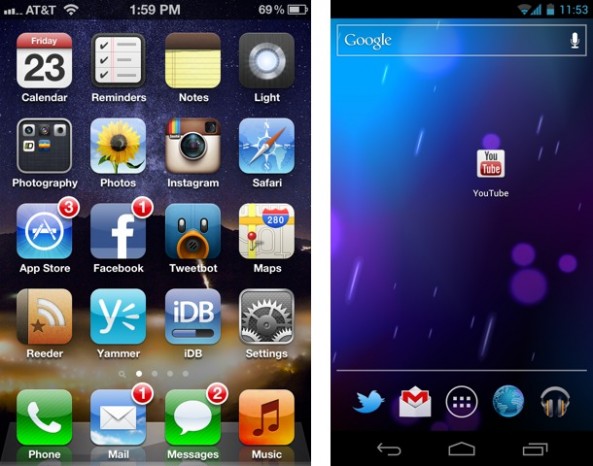 Grant and Jerry’s little spat is a perfect example of how heated things can get when the Android and Apple camps collide. If you read some of the comments on Android Central, you’ll see things like, “I can say that that dude is an idiot. The guy has a beef with the YouTube app icon. Really? It’s the f&^king YouTube icon. How could there possibly be a problem with the icon? I hope someone slashes that d-bag’s tires.” and “The author of the original Paper Cuts article, @chpwn, is a piece of shit IMO.” Check the comments section of iDB on certain Android-related posts and you’ll find the same sort of thing.

As Jerry says in his post, Android needs to be critiqued. If parts of ICS suck, someone needs to say that they suck. The same goes for iOS. I think that the way you have to clear messages in iOS 5’s Notification Center is cumbersome and poorly designed. Do I still think that iOS is easier to use overall? Yes.

Why do we feel the need to attack each other over an operating system preference? A post about iOS and Android OS market share can turn into a religious war in the blink of an eye. It’s absolutely ridiculous. Use the phone you want to use and stop attacking the people that prefer something different.