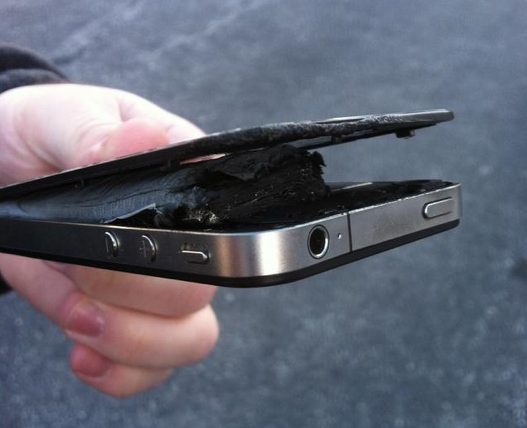 Apple’s iPhone has arguably been one of the year’s hottest devices… literally. Last month we told you about the handset actually catching fire due to overheating on an airplane enroute to Sydney Australia, and it seems it’s happened again.

A fire department located in the town of East Brandywine, Pennsylvania published an interesting report to its incident blog earlier this month regarding an iPhone catching fire. The exploding handset belonged to one of the firefighters…

“While charging the phone using the Apple provided computer connection, the phone spontaneously caught fire. After the phone fell to the floor igniting the carpet, the phone was thrown out of a nearby window. Despite the phone being relatively small it produced a large volume of smoke and a noxious smell.”

So what could have caused an iPhone to spontaneously catch fire? No one really knows. The report goes on to say that local Apple reps were baffled by the hot handset, and have decided to send it on to Cupertino so that engineers may inspect the device.

Hopefully the company figures something out and eventually makes a statement. It’s a little unsettling that an iPhone catching fire is becoming a more frequent occurrence.