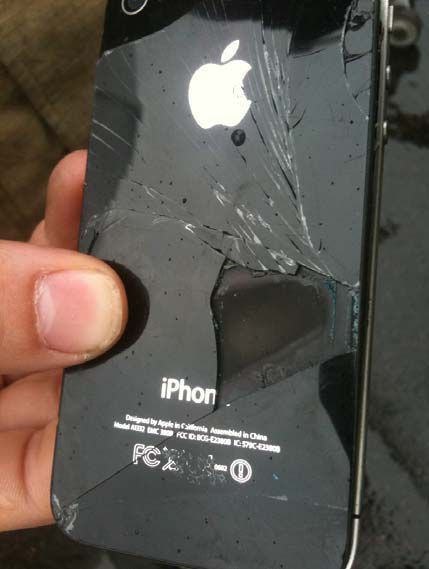 During a flight between Lismore and Sydney, Australia, a passenger’s iPhone began to emit “a significant amount of dense smoke, accompanied by a red glow,” which apparently isn’t a good thing to happen mid-air.

The fire was extinguished and the flight landed safely, but the poor iPhone has certainly not survived…

While no details have been given by the airline as to which particular model the iPhone was, as you can see in the photo, it was either an iPhone 4 or 4S, and the mini-blaze has clearly made a mess of that glass panel.

The main thing here is obviously the safe landing of the plane and the fact that nobody was hurt, but it does raise an uncomfortable question for Apple. With millions of iPhone users flying around the globe, is there a potential for this to happen again?

This isn’t the first time Apple has had issues with its batteries. A couple of years ago, reports suggested that certain iPods had faulty batteries that could significantly overheat. More recently, Apple recalled and replaced the original iPod nano due to a similar fault.

Is anyone else acutely aware of how warm their iPhone gets now?