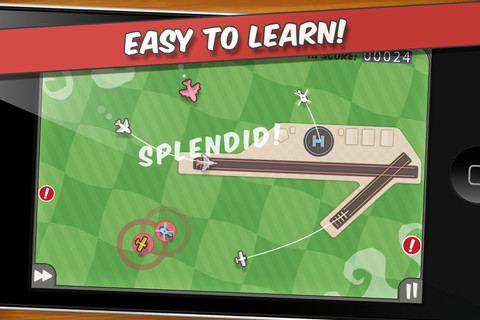 Flight Control was one of the original runaway successes of the iOS gaming era, and when Electronic Arts released an iPad version, its sales went crazy overnight. Releases on just about every other platform, including the Xbox 360 and Playstation 3, followed.

If for some reason you are one of the few that doesn’t already own Flight Control and Flight Control HD, EA has put both games on sale as part of their EA Daily Deals promotion.

We haven’t even told you the best part yet! When we said the games were on sale, what we actually meant was you can now pick both Flight Control and Flight Control HD up for absolutely nothing. Free. Gratis. Etc…

Now you really do have no excuse for not being addicted to landing those little planes and helicopters, whether you prefer the iPhone or iPad version. There’s just something about drawing landing paths with your fingers that the Xbox and PS3 versions can’t quite compete with.

Have at it people!