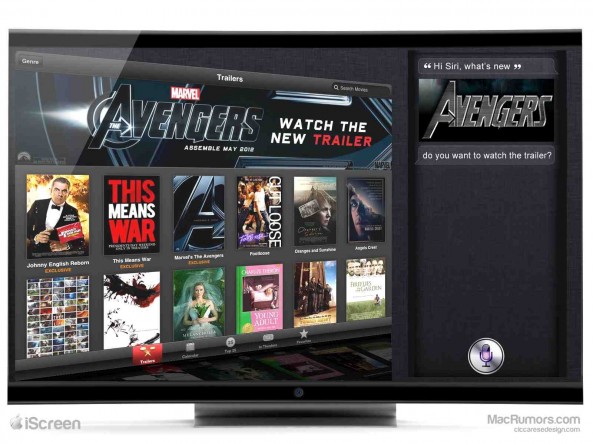 The rumor mill can be fairly accurate when it comes to predicting major Apple products. There was tons of gossip regarding an Apple smartphone for at least a year leading up to the iPhone announcement. And the same goes with iPad rumors.

Manufacturers, for some reason, have always ignored the chatter surrounding Apple rumors. But it looks like the folks in the TV industry aren’t going to make that mistake this time around, as reports are coming in that TV-makers are already working on implementing voice control technology to beat Apple to the punch.

We’ve seen an onslaught of rumors regarding an Apple-branded TV set over the last few months, and a major feature of is expected to involve Siri, the voice assistant that recently debuted in the iPhone 4S.

“Whether the rumors are true that Apple is planning to release a TV set by 2013, Siri-like voice recognition is headed for the living room. Microsoft (MSFT) is already there, via its Xbox 360 game console, and Comcast (CMCSA), Samsung Electronics (SHCAY), LG, and Sharp are working on voice-enabled features for TV sets, set-top boxes, and related products.”

With Apple not expected to release its rumored TV set until late 2012, there is a chance that other TV-makers could beat the company to market with voice-controlled products. And if that’s the case, Apple’s TV set better have more than just Siri aboard if it wants to be successful.

Either way, it looks like the consumer wins here. Voice-controlled channel changing and DVR programming would be much better than the current solutions provided by cable companies and manufacturers.