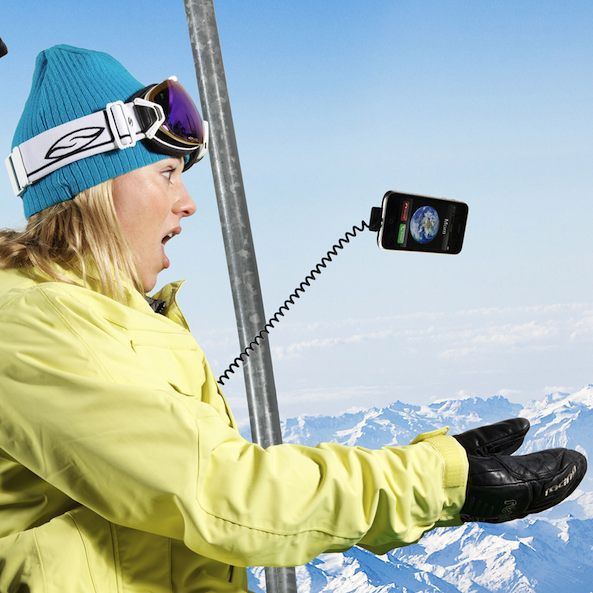 If you’re an adrenaline junkie or just someone that likes to spend their free time at great heights, then you’re no doubt very aware of the risks carrying your gadgets. Dropping your iPhone when on a ski lift or falling from 10,000 foot surely isn’t a good feeling.

One company is trying to take the worry out of such daredevil feats by offering a last line of defense, should the worst happen. Drop your iPhone while bungee jumping – no, we’re not sure why you would be holding it at that particular time, either – and you’re golden, all thanks to the Kenu Highline.

The Highline is a special kevlar loop which acts as a mini-bungee, meaning any accidental drops will see your iDevice safe and sound instead of smashed into tiny, tiny pieces. Awesome, if you like that kind of thing…

While the loop and chord of the Highline are made of bullet-proof vest-grade kevlar, it is the way the whole thing attaches to your iPhone or other iDevice that concerns us slightly. As Kenu’s rather over-enthusiastic video shows, the Highline is secured to your device using the 30-pin Dock connector, which isn’t really the strongest of connectors at times. We’re not sure we would trust that to be the weakest part of the chain, and we’re even more concerned about how well it would stand up after a drop or two.

We’re probably being a little over-cautious, and once we take our Negative Nelly hats off we have to admit the thing is kinda cool. It’s made out of kevlar, for crying out loud!

If you think the Highline is just what you need to keep your iDevice on a leash, then you’ll need to hand over $20 for the privilege of owning one, which isn’t that big of a deal when you consider how much an iPhone 4S would cost to replace.

Could you see yourself using the Kenu Highline? Any skydivers out there?