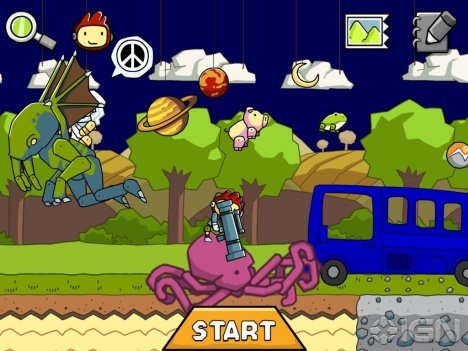 Popular handheld puzzler Scribblenauts has seen an update to its iOS version that brings an iPhone 4S-only feature to the game.

For those not familiar with the concept, Scribblenauts’ challenge comes from the requirement to achieve specific goals by manoeuvring Maxwell around the level by using adjectives and nouns to create in-world objects. Tell the game you want a flamethrower or ladder, for example, and you’ll be given one. It’s an interesting approach to the puzzle genre.

This new update goes one step further by allowing you to speak your conjuring requests using the power of Siri on the iPhone 4S.

Scribblenauts developer 5th Cell has decided to call the new feature “Scribblespeak” which we find suitably descriptive, and although it might not greatly change the actual gameplay of Scribblenauts, it is a welcomed addition to an already solid game. As the video above shows, players can simply tell the game which objects they wish to use and the app then spawns them. What could be more simple?

Scribblenauts is available in the App Store now for just $2.99.