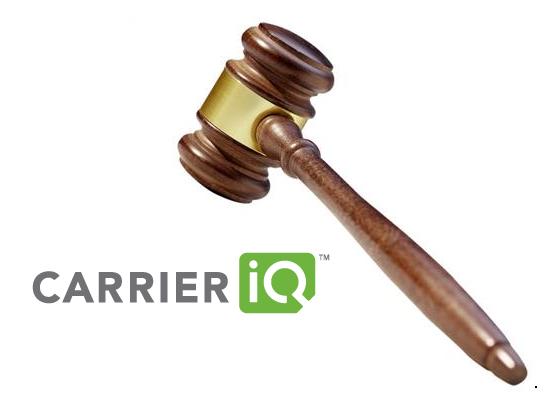 We all saw this coming. BGR is reporting that multiple law firms from the north eastern region of the United States have just filed class action lawsuits against Apple and several other manufacturers and wireless carriers due to their part in the Carrier IQ scandal.

Carrier IQ’s IQRD app comes pre-installed on millions of handsets each year, and was recently exposed for secretly collecting private user data. The software is hidden within mobile operating systems and never asks for a user’s permission to collect their information.

“The carriers and manufacturers were caught last month willfully violating customers’ privacy rights in direct violation of federal law. A technology blogger in Connecticut discovered that software design and sold by California-based Carrier IQ, Inc. was secretly tracking personal and sensitive information of cell phone users without the consent or knowledge of the users.

We are hopeful that the courts will allow ordinary customers the opportunity to remedy this outrageous breach. Anyone who cares at all about their personal privacy, or the broader constitutional right to privacy, ought to care and care a great deal about this case.”

A number of lawsuits have come in wake of the recent discovery of IQRD’s capibilities, including a similar complaint filed last week against HTC, Samsung, and Carrier IQ itself. It’ll be interesting to see if the court deems the Carrier IQ software a violation of privacy, and what will happen to carriers and handset manufacturers as a result.

As you know, most companies have started distancing themselves from the user tracking software due to the recent fallout, including Apple. The iPhone-makers have stated that they plan to discontinue using Carrier IQ’s services in future products.

What do you think? Is Carrier IQ really an invasion of privacy? Or are people overreacting?