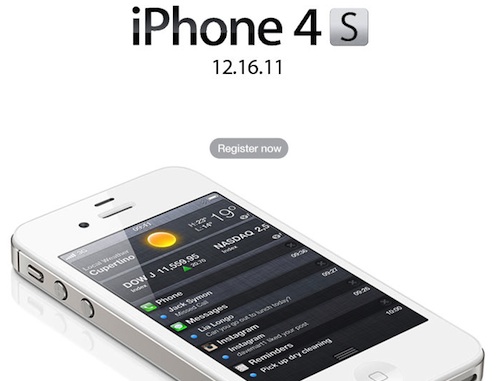 Last month, Apple rolled out its latest handset in 15 new countries, bringing the total number of eligible countries to 44. The company has said that it plans to have the iPhone 4S in more than 70 countries by the end of the year.

It certainly seems like Apple is on pace to hit that goal before the December 31st deadline. MacRumors is reporting that the company plans to release the iPhone 4S to several new countries on the 16th of this month…

“…and while the company has not published any recent press releases detailing its upcoming launch schedule, carrier partners and retailers in several countries have begun announcing availability for December 16th. Notably, this round of launches will include two of the world’s most populous countries: Brazil and Russia.”

The site lists off several other countries that are reporting December 16th availability, including Taiwan, the Philippines, South Africa, and Malaysia. So if you live in one of these countries, and are planning on purchasing an iPhone 4S, you might want to get your checkbook ready.