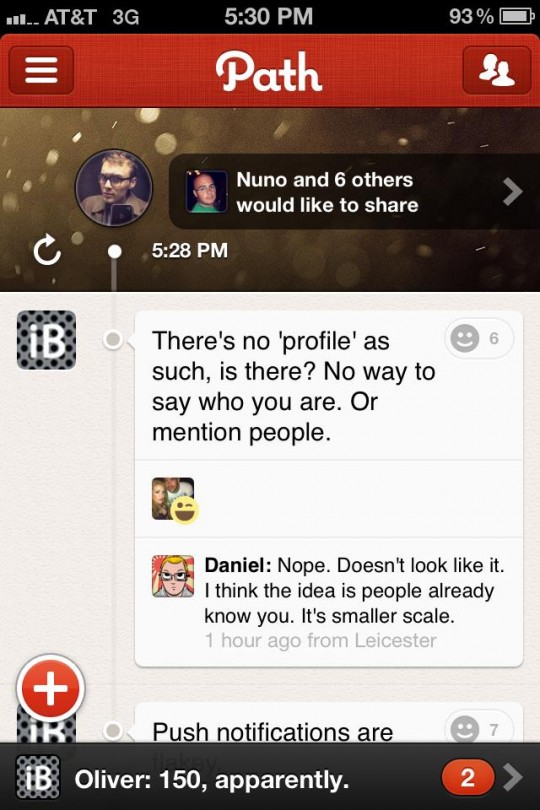 I’ve been playing with Path 2.0 since it went live in the App Store late last night. The release has been making waves in the blogosphere over the last 24 hours, and for good reason. Path is a fresh, innovative, beautiful take on social networking, and many apps have much to learn from its philosophy and interface.

You may be wondering why you need Path, and honestly, you probably don’t. But there’s the chance that you’ll fall in love with Path, and the first thing to win you over will undoubtedly be its pixel-perfect design.

When Path originally launched, I called it the “personally personal” social network because that’s what it was. You were limited to only 50 friends and you had absolutely no interaction with other social networks, like Twitter or Facebook.

That’s all changing with Path 2.0. Now you are limited to 150 friends (a much more reasonable number, you’ll understand when you actually use the app) and you can share your Path activity on Twitter, Facebook, and Foursquare.

One year after Path 1.0’s failure to gain any traction, the app is back. Path’s creators (including a former Facebook exec) have rebranded their product into a “Smart Journal” for the iPhone and Android. Path 2.0 is about capturing moments and sharing them with the ones you care about. Users can share thoughts, music, photos, video, and locations.

From the Path blog:

With these new ways of sharing stories, we had to re-imagine what a Path is and what it looks like. To start, we made it so you can now see and enjoy your stories through a simple, uncluttered, full-screen view. Decorating the top of your Path is your Cover: a large photo of your choosing that serves as wallpaper for your Path. If you’re just getting started with Path, you can choose from 42 hand-picked photos by photographer John Carey fiftyfootshadows.net or a photo from your own library. And if you’re upgrading from an earlier version of Path, you will automatically be assigned one of these pre-set photos as your Cover, with the option to customize just a few taps away.

After using Path for about a day, I’m struck by how beautiful the app is. Whether you think you need Path or not, you should download it for free to see how a social network interface is properly done. Apple couldn’t have designed it better. (Which isn’t saying much, depending on who you ask.)

Since Facebook is what everyone uses nowadays, I’ll compare the two. Path is basically a more fluid, cleaner, quieter version of Facebook. Path actually lets you send things you share to Facebook, so the creators obviously realize that their app isn’t meant to replace Facebook. Both Path and Facebook use the Timeline style news feed, but everything about Path seems clearer.

You have to be intentional when using Path. You can’t just add whoever you want because pretty soon you’ll run into that 150 person limit. If the idea of only being able to interact with 150 of your real friends bothers you, then you’re not going to want to consider Path.

Getting at the “Smart Journal” vibe that its creators are touting, Path 2.0 can automatically update your friends with when you wake up and go to sleep or travel to new areas (you have to opt in). Besides these automatic features, Path is basically a hybrid of Twitter, Facebook, Foursquare, and Instagram, which is odd because the app actually integrates with three of those networks. The Instagram feel comes from the photo filters you can use in-app, which are really quite nice (some of them cost $0.99 to activate).

The problem that every social network like Path has is adoption. If your good friends aren’t on Path, then you probably won’t want to use it long term. Also, many of us feel overwhelmed already with too many social networks, so the very idea of Path may seem unnecessary.

Whether Path is needed or not depends on what you’re looking for, so it can’t hurt to download the app and give it a try. If anything, Path 2.0 is worth playing with for its design alone.

I recommend watching Robert Scoble’s nearly hour-long conversation with the creators of Path about the 2.0 release if you’re really interested in the app. 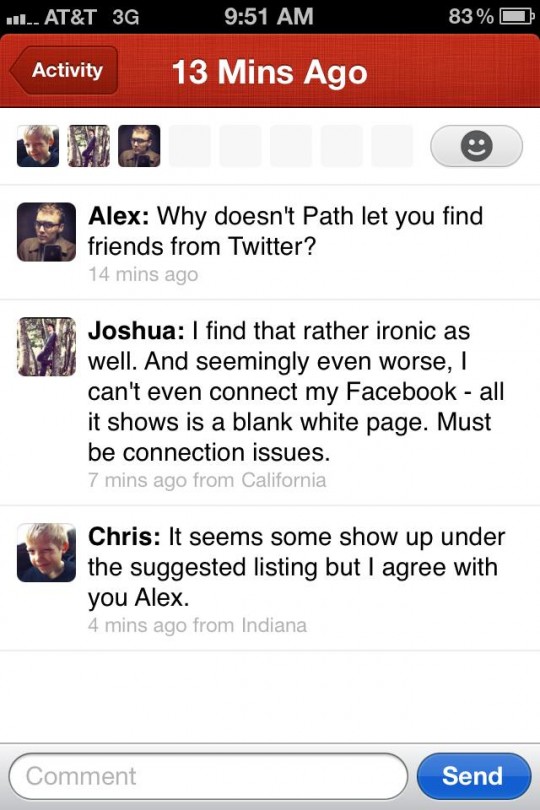 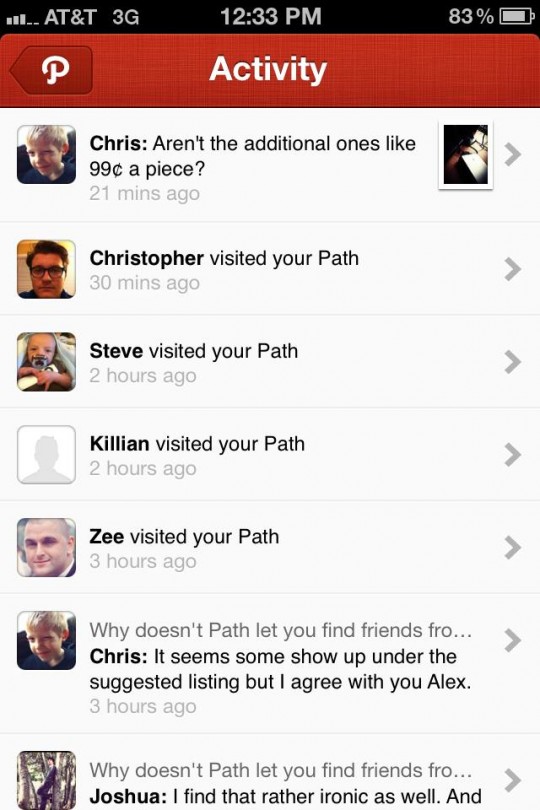 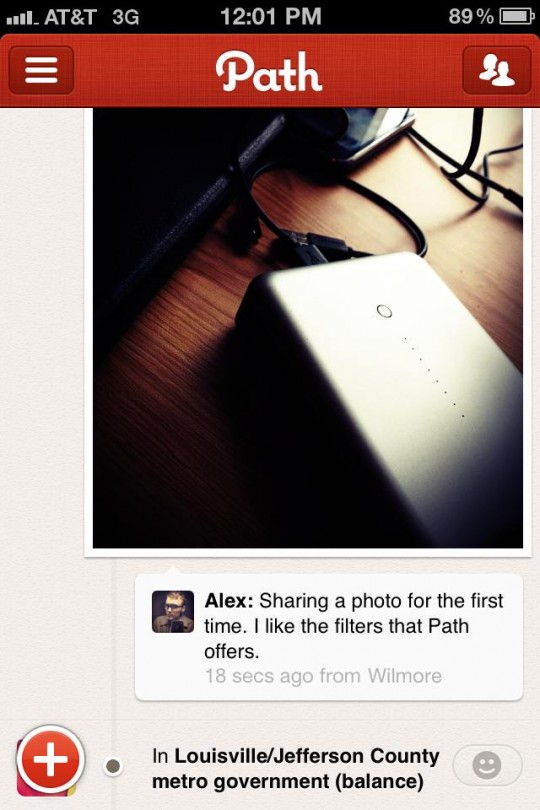 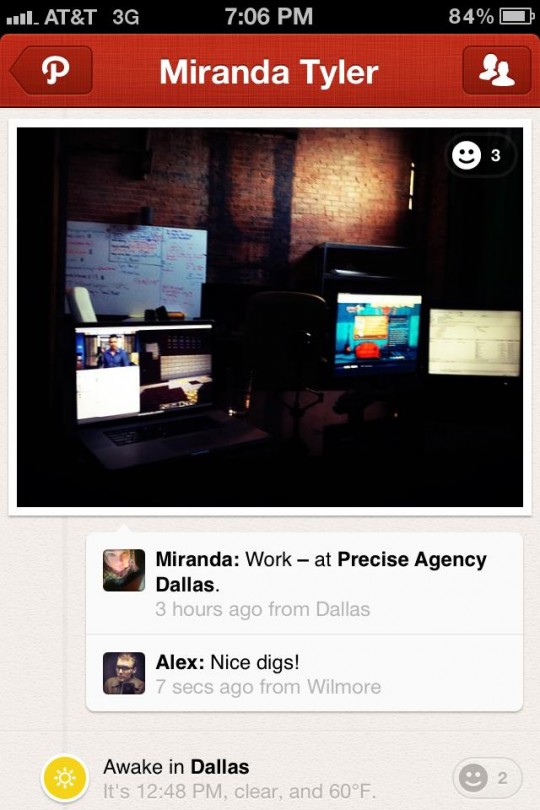 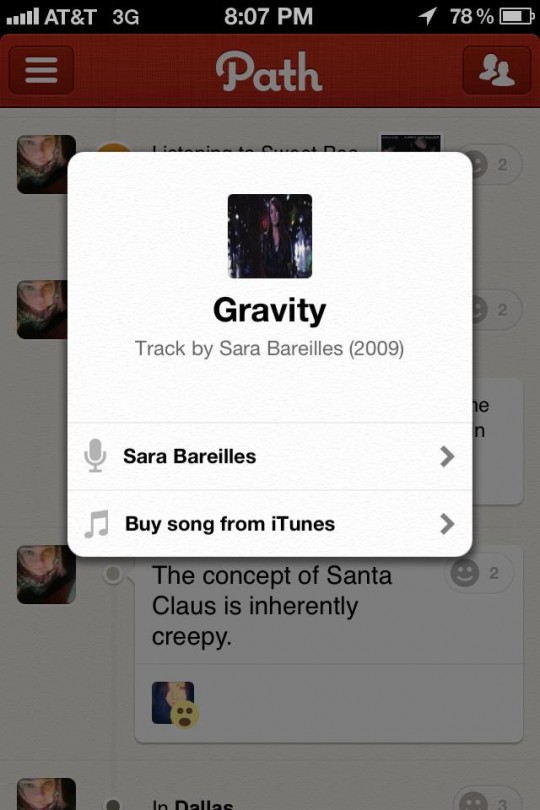 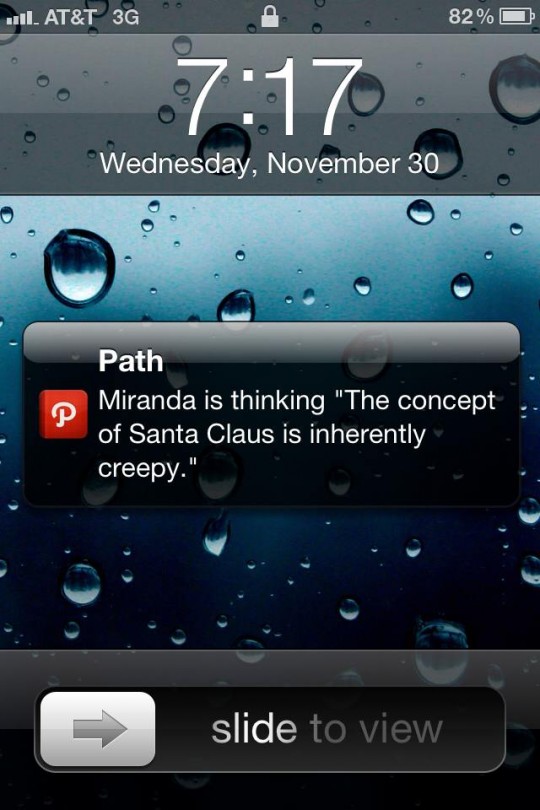 You can download Path for free in the App Store.