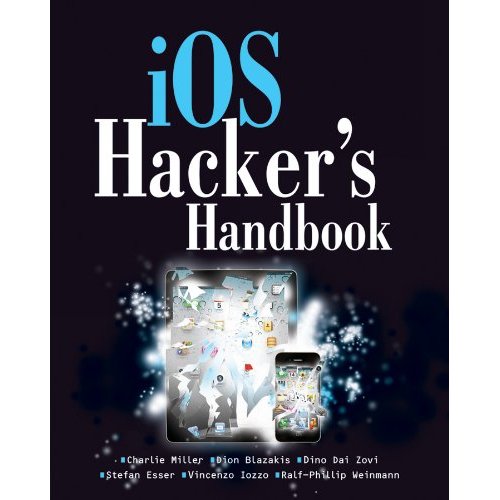 Some of the greatest minds in the security research and hacking community, including a couple of prominent jailbreak developers, have put together a new book called The iOS Hacker’s Handbook.

The book is a collaboration between infamous security guru Charlie Miller, Dion Blazakis, Dino DaiZovi, Vincenzo Iozzo, and Ralf-Phillip Weinmann. Stefan Esser (better known as “i0n1c” in the jailbreak community) is also listed as an author. The Dev Team’s MuscleNerd served as the book’s Tech Editor.

MuscleNerd himself announced the book yesterday, noting that it “should jumpstart lots of Apple hackers.”

iOS is Apple’s mobile operating system for the iPhone and iPad. With the introduction of iOS5, many security issues have come to light. This book explains and discusses them all. The award-winning author team, experts in Mac and iOS security, examines the vulnerabilities and the internals of iOS to show how attacks can be mitigated. The book explains how the operating system works, its overall security architecture, and the security risks associated with it, as well as exploits, rootkits, and other payloads developed for it.

The iOS Hacker’s Handbook is available for pre-order on Amazon. If you pre-order, you can get it for $29.24, which is 35% off the full price.

Whether you’re an aspiring hacker or an enthusiastic admirer of the security research/jailbreak community, this definitely looks to be interesting read.