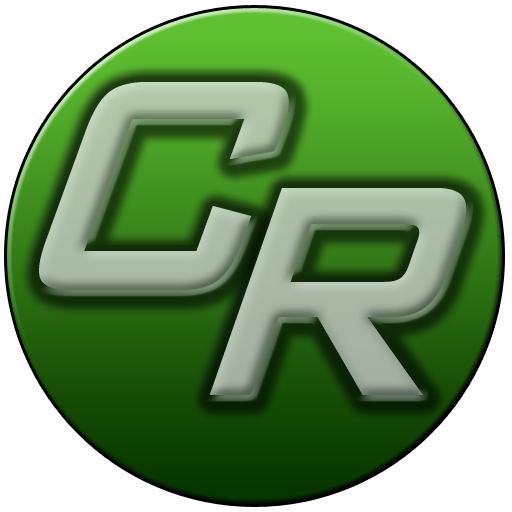 Over the weekend we told you about the latest software release from the Chronic Dev Team, the Chronic-Dev Crash Reporter. The app is designed to stop iOS devices from automatically sending crash reports to Apple by re-routing them to a custom server.

The release comes in the wake of Apple recently patching a number of known exploits, which the Chronic Dev Team intended to use in an untethered iOS 5 jailbreak. Hackers have decided to fight fire with fire, and here’s how you can help…

Not only does the app keep your iDevice from sending Apple crash reports, it also sends those crash reports to a special server that’s hosted by the Chronic Dev Team. The more people that download the software and send in their crash reports, the quicker the hackers can find a useful exploit.

The app is super easy to use, and will really help out the jailbreak community. To help, just follow these three easy steps:

Step 1: Grab the Chronic-Dev Crash Reporter app from our Downloads page. There are now links for both Windows and Mac versions.

Step 2: Launch the software, and plug your iDevice into your computer. You’ll notice that the ‘Do it!’ button stays grey until the software detects an iDevice.

Step 3: Once the “Do it!” button becomes active, click it. You’re done. 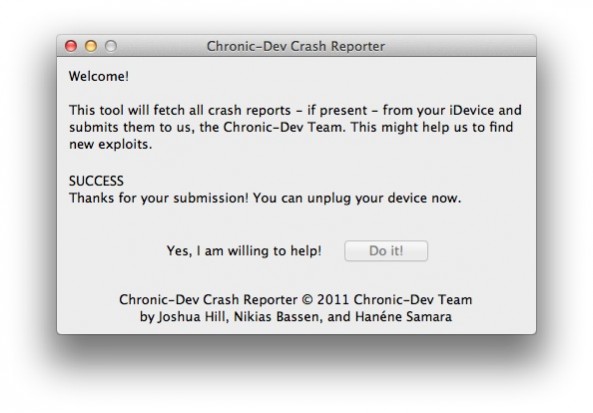 No DFU mode, no tricky settings to mess with, just a single button click. There’s no safety concerns or other reasons why you shouldn’t do it, but of course, it’s up to you. Just remember that we’ve been getting free jailbreak software for nearly 4 years now.