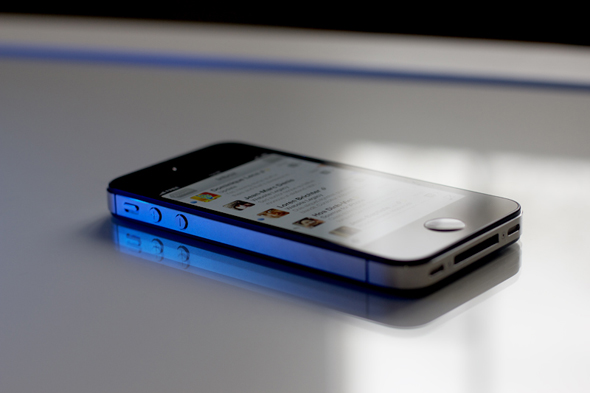 A recent report by Canaccord Genuity analyst Michael Walkley claimed that Apple is currently pocketing 52% of the handset industry’s operating profits among the top 8 OEMs. And that’s not just smartphones, that’s the entire mobile phone market.

That’s a staggering number considering Apple has only released 5 handsets in its short time as a phone-maker. How does Apple manage to pull in more money than other manufacturers, like Samsung or Motorola, that release dozens of new phone models a year?

The question actually answers itself. Apple’s minimal handset lineup allows it to order phone components in ridiculous mass quantities. Other manufacturers like Samsung produce several different models that each require different parts, so they can’t order items in bulk.

Andrew Kim does a great job of illustrating this with two distinct graphics. First, there is Apple’s current product line:

As Kim points out, Apple’s iPhone lineup is lean and simple with only four different models. Sure, there also white versions of the iPhone 4 and 4S, but their innards are still the same as their black counterparts. Now have a look at Samsung’s current [US] lineup: 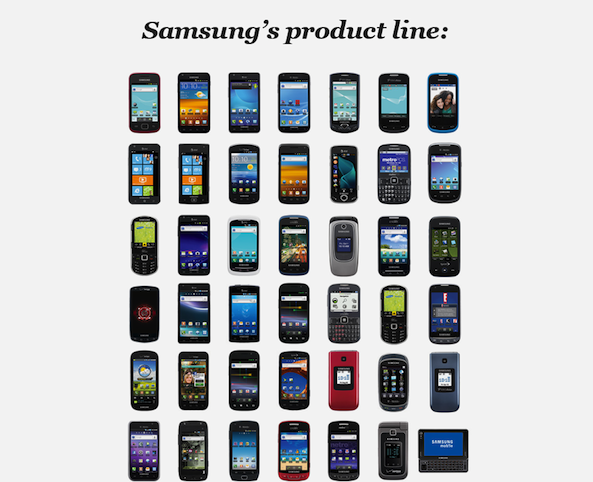 With nearly 50 different handsets on the market, there’s no way Samsung could order parts in bulk the way Apple does. Nearly every model uses a different display and different CPU board. In fact, each one seems to made up of entirely different components than the others.

Now, take Apple. It sold over 17 million iPhones last quarter. So, if you consider that only the 3GS and 4 models were available, Apple had to have ordered at least 8.5 million sets of the same components to cover its supply for the three month period.

Just like food and other items at a Costco or Sam’s Club, phone components can be heavily discounted when you buy in bulk. The more you buy, the cheaper they get. And lower supply costs mean more money Apple gets to keep per handset sold.

Obviously, there are other factors behind Apple’s ability to make higher profit margins than other manufacturers (the Tim Cook effect), and higher-than-average phone subsidies, to name a few. But you can’t argue that Apple’s slim product line doesn’t have a lot to do with it.