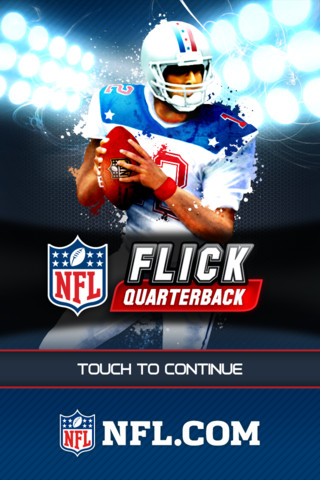 Looking for a way to get right in the middle of NFL action this year? Flick Quarterback for the iPhone might be just what you’re looking for. The game was created by Full Fat, the developers behind other hit iOS titles like Flick Soccer and Flick Golf.

The app is currently listed as the App Store’s “Game of the Week,” and features all 32 NFL teams. It’s based on the same flick motion controls that have made the other Flick games so successful, and has tons of NFL-specific features… 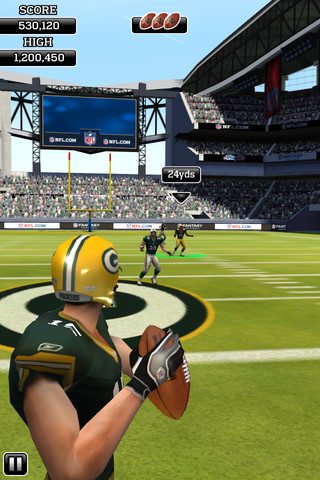 “NFL Flick Quarterback is the first game to put the guts and glory of offensive passing your hands. Be the QB of your favorite team — pass to receivers, dodge defenders and make amazing trick shots.

– Dancing cheerleaders before the game

You can download NFL Flick Quarterback from the App Store for $2.99.