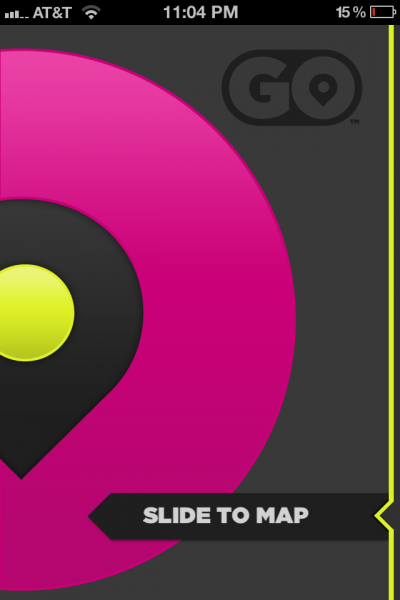 GO is a new iPhone app that allows users to upload photos, videos, and other content. Although the premise sounds familiar, the service actually has some features that set it apart from the competition.

For starters, content is sorted by location. Upon opening the GO app, users are met with a map interface that shows the areas where others have uploaded media to the service. Once a location is selected, the app displays a list of content from that area… 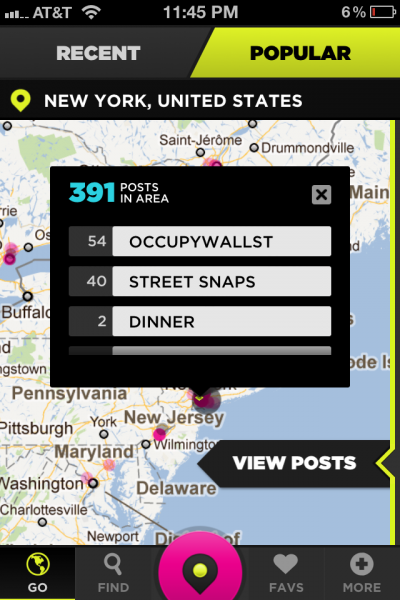 The app’s biggest attraction might be the fact that it encourages anonymity. That’s right, in a world where social media services do just about everything they can to collect information about you, GO doesn’t even require you to create an account to post content.

The only thing GO does require is that users share their location so that it can file the media with other uploads from the same area. And overall, the service works. In fact, Occupy Wall Street protesters have been using GO to upload video and photos from their rallies.

But as with most new apps, there are some caveats. I’m not so sure that I’m sold on the user interface. GO’s UI feels a bit like Windows Phone’s Metro UI, but on mushrooms, and it can get overwhelming. There’s also not an abundance of content yet, as the app is fairly new.

GO is also fighting for a top spot in one of the most crowded categories in the App Store: Social Networking. But if its developers continue to build on the whole anonymity thing, it might have a chance. Check it out by downloading GO HD from the App Store today.

Have you tried out GO yet? What do you think?