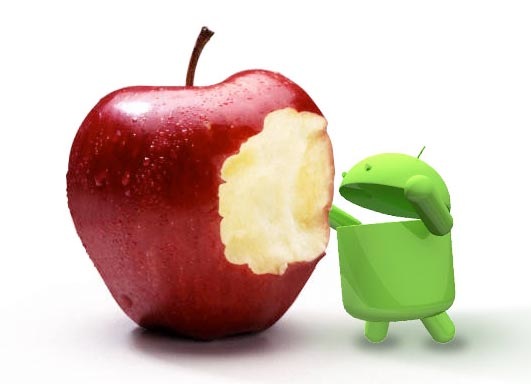 Despite the 17.3 million units pushed in the third quarter this year, Apple’s iOS platform has actually lost market share to Google’s Android, according to Gartner. The iOS platform made up 15% of the market, which is a 1.6% loss from last year’s third quarter. This loss comes contrasts with the huge growth that Android has seen this last quarter, with the little green robot doubling its shares since last year and making up over 50% of all smartphones sold in the three-month period.

Although Apple held its ground with a significant year over year increase in sales, it’s very evident that the Android platform is expanding quickly. Nokia’s Symbian platform has taken a hard loss this quarter, bringing in less than half of what it did last year. RIM, also saw a 4% decrease, going from 15.4% market share to only 11% this year.

So, what does that mean for our beloved iPhone?

Gartner believes Apple will bounce back in the fourth quarter because of its strongest ever preorders for the iPhone 4S in the first weekend after its announcement. Markets such as Brazil, Mexico, Russia and China are becoming more important to Apple, representing 16 percent of overall sales and showing that the iPhone has a place in emerging markets.

However, market share is only part of the story, as a study from earlier this month revealed that, although Apple only has a 4% share of the total mobile phone market, the iPhone takes in 52% of total profits. Cozza explained that Apple expects all phones to eventually become smartphones, giving the company a great opportunity to bank on the iPhone’s popularity and iconic status.