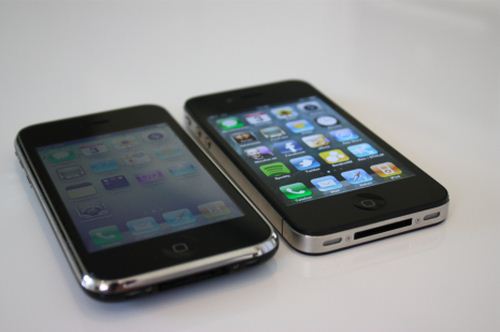 It would appear that the prospect of a new iPhone being announced alongside a price drop for existing models didn’t disuade purchasers from picking up an iPhone 4 or 3GS during Q3, with Apple’s two older handsets continuing to rule the roost in the US.

New figures from NPD show that both the iPhone 4 and iPhone 3GS continued to sell strongly during the third quarter, with the premium iPhone 4 sitting pretty above its cheaper brother and a host of Android-powered devices.

Despite Android outselling iOS as a platform, Apple’s hardware is still proving to be the most favored by buyers, with HTC, Motorola, and Samsung taking the remaining places in the top 5 handsets by units sold…

Led by continued steady sales for Apple’s iPhones, the top five best-selling mobile phone handsets in Q3 were as follows:

The strong showing by Apple comes even though the industry, pundits, and potential customers alike were arguably waiting for Apple’s redesigned iPhone to be announced. The iPhone 4 had been on sale for well over twelve months, and the 3GS was a two-year-old smartphone. How many Android phones are still selling strong from mid-2009?

With the iPhone 4S now on sale, we’re interested to see if Apple’s top three smartphones populate the top three places in the next set of NPD numbers with all three still on sale across the country.

We wouldn’t be surprised if they do.