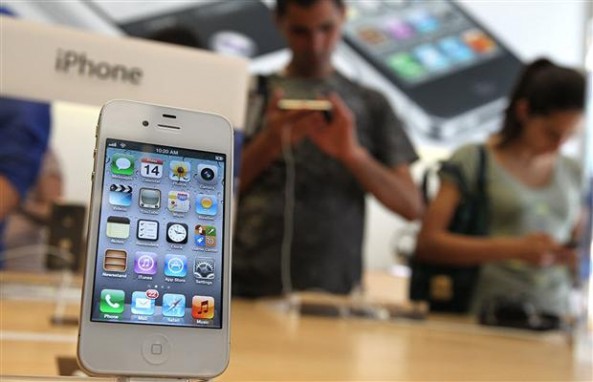 If you’re still in need of an iPhone 4S, you’re best shot is probably your local Apple Store. With Apple’s latest smartphone selling out around the world, many are still unable to get their hands on the iPhone 4S.

According to recent industry checks, retails stores are still running out of iPhone 4S supply on a “daily basis.” Apple seems to be giving supply priority to its own stores, meaning that the Apple Store should have the most available stock for customers. And even then, your chances are slim…

“Our retail checks reveal Apple is experiencing daily stock outs at 85 to 90 percent of the ~30 retail stores we called,” Whitmore wrote in a note to clients. “Apple employees are directing customers to make an online appointment (first come first serve) for next day pick up at nearby Apple retail stores as stocks appear to be refreshed daily at most locations.”

Apple seems to be leaving US carriers and other retailers in the dark about new supply shipments:

“Our calls to carrier stores reveal infrequent shipments and no certainty when the next shipment will arrive with widespread shortages,” Whitmore explains. “It appears that Apple is prioritizing its own stores with new iPhones.”

It’s already been reported that one of Apple’s main retail partners, Best Buy, has customer demand that is “outpacing supply.” Most US retailers seem to be facing the same problem.

With the introduction of the self-checkout and in-store pickup features Apple implemented in its most recent Apple Store app update, it’s becoming increasingly easier for customers to order an Apple product. In the case of the iPhone 4S, it looks like Apple is making the handsets as fast as they fly off the shelves.

Have you been able to pickup an iPhone 4S recently? Where did you shop?