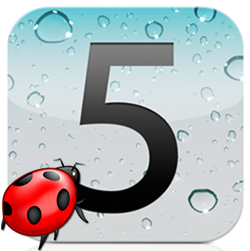 The team of hackers already confirmed to have found multiple exploits in iOS 5, but this is the first news that we’ve had in a while regarding the progress of an untethered jailbreak…

As you can see from the tweet, pod2g isn’t giving any ETA’s for a successfully packaged untethered jailbreak, so we’re all just going to have to be patient. Finding an exploit is one thing, packaging it into a useful jailbreaking utility that end users can use is a whole different story.

As of now, iOS 5 can be jailbroken, but it’s a tethered jailbreak which requires you to use a computer to successfully boot your device should it reboot. It’s not as horrible as some make it out to be, but it’s certainly an inconvenience should you encounter a reboot while out and about.

To learn more about tethered and untethered jailbreaks, check out our detailed synopsis of the different types of jailbreaks.