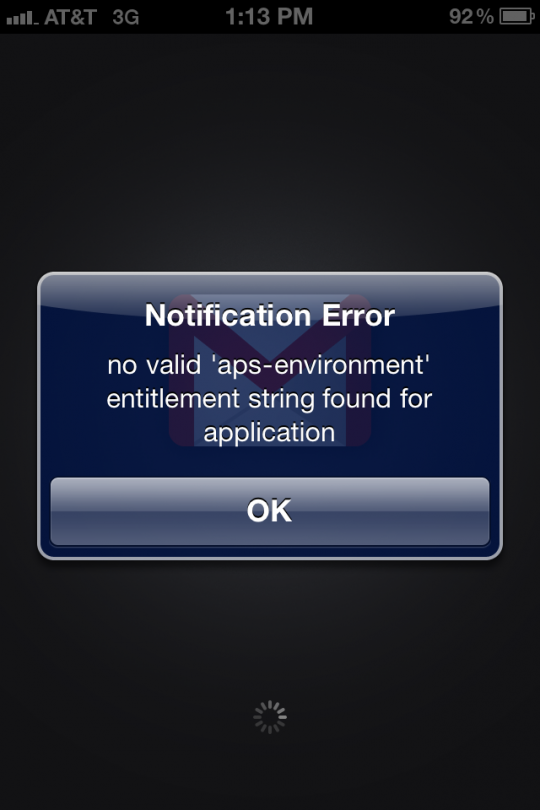 Google recently released—and immediately pulled—its official app for the iPhone and iPad in the App Store. After a long time coming, Google finally got on the ball and released an App Store app for its popular email service, but not before realizing that there were several bugs that needed fixing.

While many called Gmail’s app “fantastic” and “wonderful” at first glance, more than 5 minutes with the app will show you what an utter disgrace this app is for Google…

Google has never been known for having good design aesthetics, so I’m not setting the bar too high here. When I downloaded the Gmail app awhile ago I expected to a slightly different email client with many of the native iOS UI elements I’ve come to expect from clients like the stock Mail app.

Instead, the Gmail app is a half-baked web port mixed with an ugly UI shell that would make Steve Jobs turn over in his grave. (Sorry if that analogy is too soon, but it’s true.) 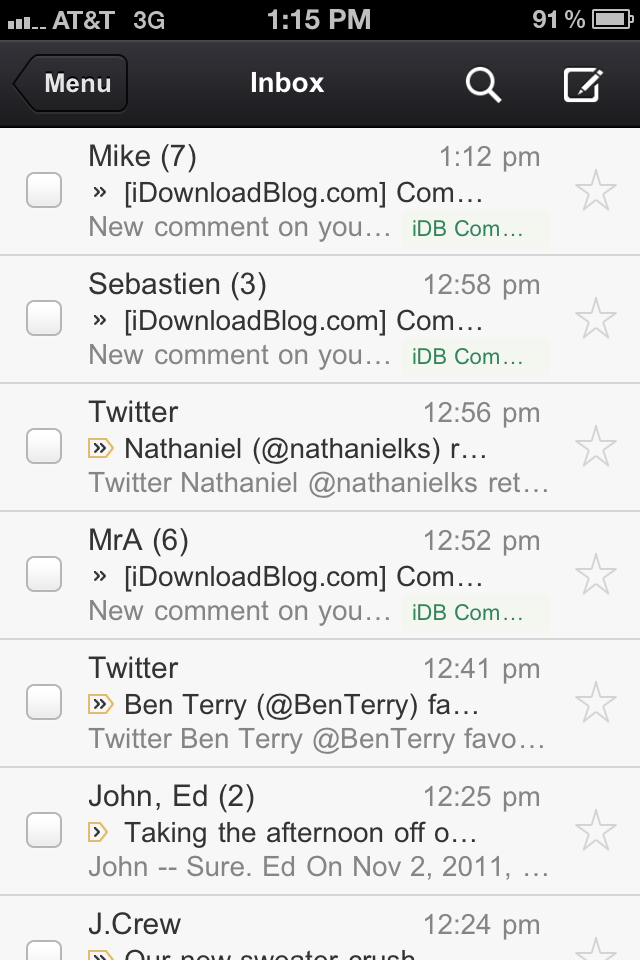 On the iPhone, Google has implemented what is essentially the mobile web inbox interface inside a dark border. While I like the look of the top navigation bar, opening the Menu on the left (which can’t be done with a swipe by the way, just a tap of the button) reveals the really disgraceful part of the app.

Google is clearly borrowing pages out of Facebook’s playbook with this sidebar navigation pane. Here’s a comparison with the recently updated Facebook iPhone app: 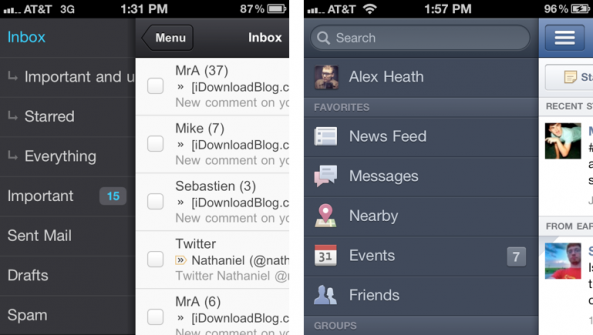 Looks pretty similar, right? The only difference is that one sucks and the other doesn’t. In the Gmail app, text for long labels gets broken off mid-word in the sidebar.

In terms of navigation elements in the app, there’s very little iOS-like animations. Bringing up a new window is like re-loading a webpage—because that’s essentially all Google is doing—and bringing up the options to flag, mark a message as read, etc. feels just as forced.

I also noticed other bugs, such as an error window that pops up every time I open the app. What the heck, Google?

The app does have pull-to-refresh. I’ll give it that. 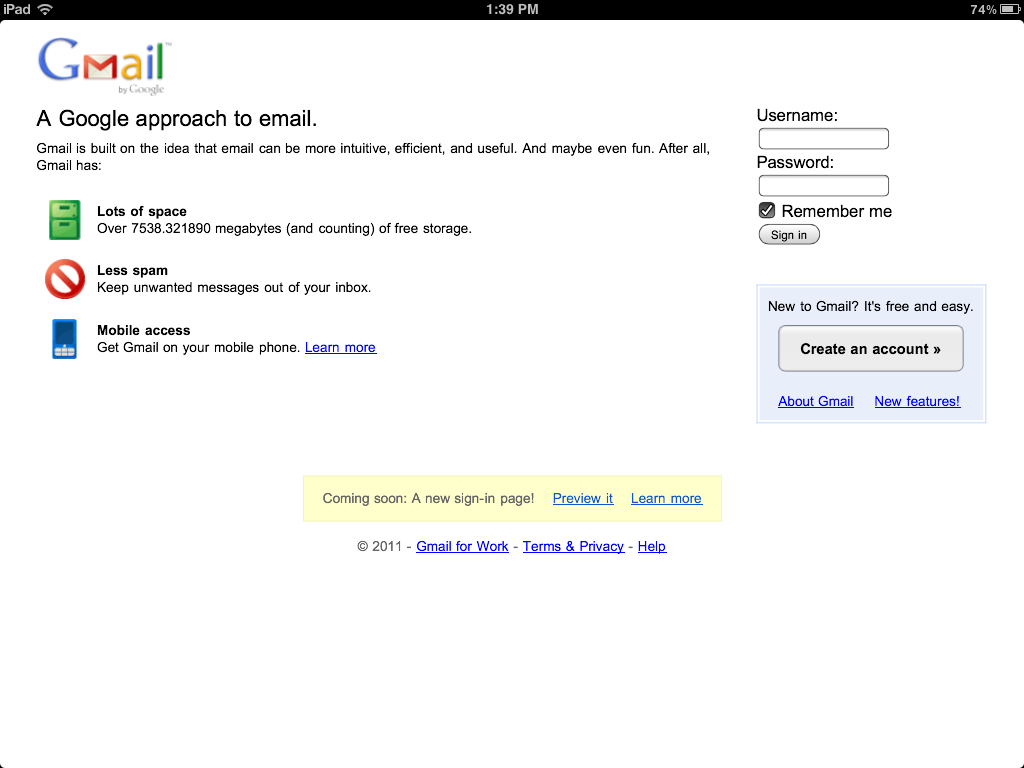 Other than that, navigating through the Gmail app is a pretty terrible experience. On the iPad, it’s basically the iPhone experience with a little more real estate. Google did nothing to really optimize the iPad version for a larger screen, and the sidebar on the iPad remains just as ugly.

O, and did I mention that the app only supports one Gmail account at a time? 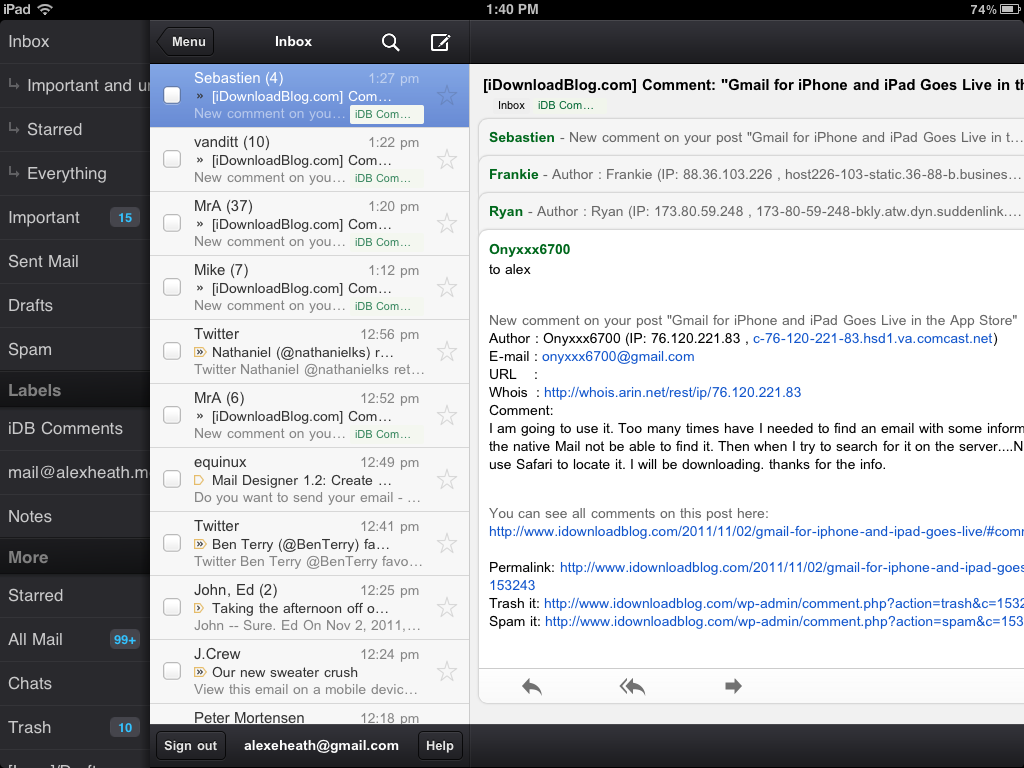 There’s also no integration with Notification Center on iOS 5 that I could find. Notifications is apparently the reason Google already pulled the app, so hopefully that aspect will at least be fixed.

The bottom line is that you have no reason to use the official Gmail app on the iPhone or iPad. Unless you’re an absolute Gmail addict that can’t live without Priority Inbox, there’s no reason to switch from the stock Mail app.

I personally have multiple email addresses with multiple providers, and I don’t see the advantage of using a Gmail-only app when I can have all my accounts together in Mail.

The release of Google’s Gmail app seems rushed and sloppy. This is evidenced by the fact that Google has already temporarily pulled the app.

Here’s some more reactions from across the web, courtesy of TechCrunch: 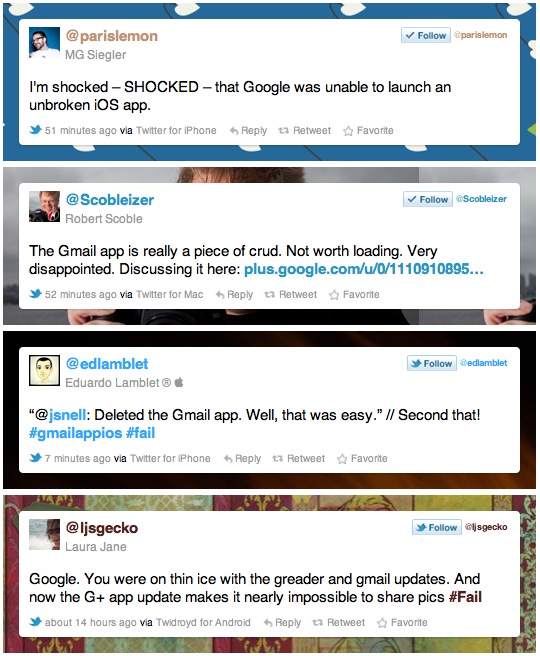 And there’s plenty more where those came from.

What a disgrace. Hopefully the app will stay pulled.